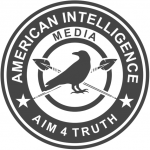 The Pilgrims Society – Enemy of Humanity

Phi Beta Iota: There is a lot here including videos that is absolutely worth going over.  They have  the SES  threat mis-defined but that is a nit. Buried at the bottom is an offer from Michael McKibben to President Donald Trump of original source code for internet scalability.

Alert Reader comments: it was not Adolf Hitler that conceptualized the “master race” but rather the Zionists and the Chabad/Kabbala sects particularly.  Everyone else, including non-Orthodox Jews, is “sub-human.”

46 Zionist Strikes (Zionism is Not Judaism)