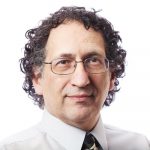 The memo was written by Andrew McCabe, acting director of the FBI, on May 16, 2017, and details his decision to open an investigation of President Trump after Trump had fired FBI Director Comey. You can read the memo here (go to pages 6 and 7 to skip the FOIA explanation and go straight to the memo).

The significant language about Rosenstein is as follows:

“As our conversation continued the DAG proposed that he could potentially wear a recording device into the Oval Office to collect additional evidence on the President’s true intentions. He said he thought this might be possible because he was not searched when he entered the White House. I told him that I would discuss the opportunity with my investigative team and get back to him.”