Big Picture. In combination, the public itemization of major crimes by senior intelligence and justice officials (Sidney Powell for Michael Flynn); the elevation of the FISA inquiry to the criminal level including complicity in murder of Seth Rich; and the potential rescue of Julian Assange from the UK to serve in the US under pardon and protection as an asset against the Deep State and its intelligence agency “dirty jobbers” all spell the death of the Democratic Party. Coming on top of DNC efforts to again “rig” the primaries and DNC admissions that they raise more money if Trump wins re-election, the death of the Democratic Party appears certain.  NOT CERTAIN is whether President Trump will implement #UNRIG to mobilize Independents and Libertarians. 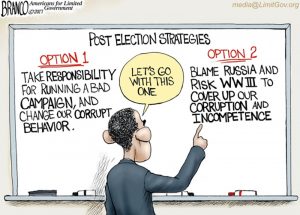 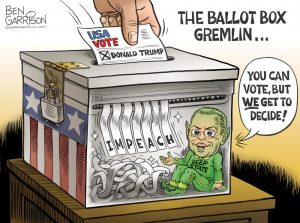 Budget Busters/Economy.  All media hysteria aside, the President appears to be both reducing the costs of Empire, and keeping the economy on a positive slope.  HOWEVER: 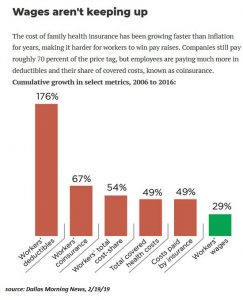 Candidates.  Biden collapsing, Warren rising but not beloved, Sanders beloved but being blocked, Gabbard considering an independent run? Bloomberg-Gabbard? Warren-Buttigig?  Gabbard is NOT a “Russian Asset” but Strategic Culture IS a Russian propaganda outlet.  Both should be taken with a grain of salt. 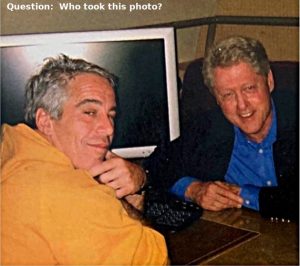 Source.  And were they looking at children to pick one for the next go?

Demographics. Students and Jews and labor up, moderates on the left terrified?


Down-Ticket Impact.  All incumbents appear vulnerable.  Senate considered by some to be vulnerable to Democratic win. The big question is whether Trump will implement #UNRIG in time to break the two party tyranny in Congress in 2022 if not 2020.

Election Reform/Electoral College. Everyone speaking ill of the Electoral College lacks either intelligence or integrity.  We are the fifty united STATES of America, not the disunited popular MOB of America.  A Republic.

Fake News/Election Interference.  #GoogleGestapo is feeling the heat — and losing influence. Election interference is still very real, especially within Google’s hidden search manipulation, but on balance both the MSM and social media appear to be losing ground to common sense and truth-telling.


Technology. Facebook is starting to get it at the same time that it is collapsing (and eventually those 50% fake accounts will impact on its market cap). The others are in denial. The government has been slow to RICO them.  This story may break in the spring.

Voter Fraud/Ballot Fraud. No one is being serious about this.

Zionist Influence on USA. President Trump is a genius. When he gave Miriam Adelson the Medal of Freedom he was buying his own freedom to bury Benjamin Netanyahu. 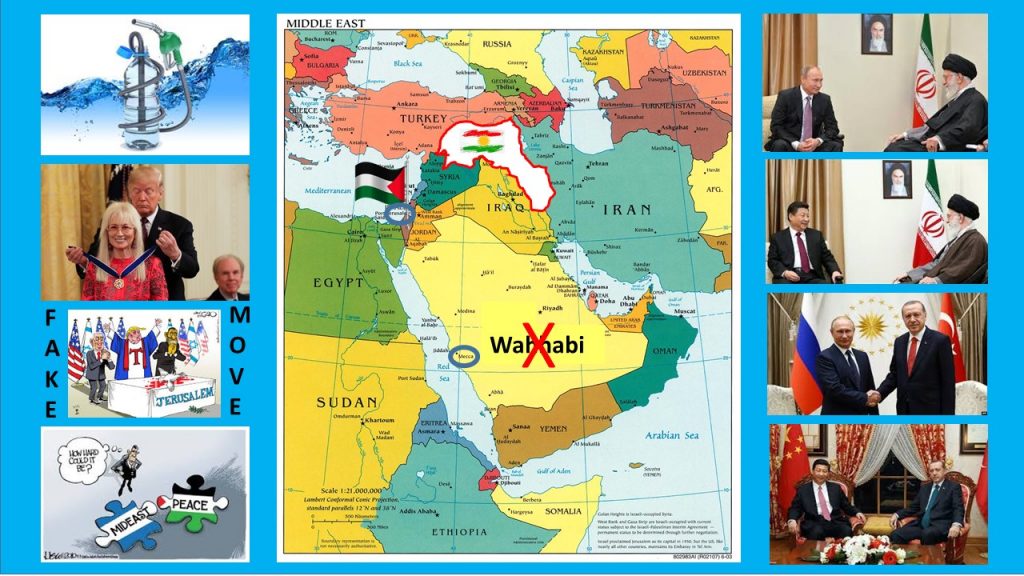 The Fantasy of Republicans Ditching Trump

Trump-Haters, Not Trump, Are The Ones Wrecking America’s Institutions, WSJ’s Strassel Says

‘The White House is not to be trusted right now’

The Pathocracy Of The Deep State: Tyranny At The Hands Of A Psychopathic Government

How Democrats Became The Party Of Monopoly And Corruption

‘It’s too much’: Democrats shudder at Trump’s money machine

Will The Democratic Party Exist After 2020 Election?

Zombie Nation: the Democratic Party Is Dead, and Everyone Knows It but Them

The DNC Versus Democracy

Shiller: Recession’s “Not Right Around The Corner” Thanks To Trump-Inspired Consumption

Anxious Democratic Establishment Asks, ‘Is There Anybody Else?’

Biden way ahead of the pack in new national poll

The 2020 Election Is Shaping Up To Be An Expensive Run

A top Hillary Clinton adviser went on Fox and talked about how she could run in 2020. Huh?

Hillary 2020? Is The Democratic Party “On Suicide Watch”?

Tulsi Nails it on National TV… US Regime-Change Wars

The Student Vote Is Surging. So Are Efforts to Suppress It.

Jews Could Swing the 2020 Election: And why that’s not a good thing

President Trump Talks About Doing Away With the Electoral College

Trump Cancels All Admins’ NYT, WaPo Subs: “Will Save 100s Of 1000s Of Taxpayer Dollars”

This MSNBC Clip Is Everything Ugly About Russia Smears

“Russia” Is All They’ve Got – Exposing The Agents Of Empire

“The Bubble Is Starting To Burst” For Online Social Media Influencers

Tulsi Gabbard Is Being Used by the Russians, and to a Former US Double Agent, the Evidence Is Clear | Opinion

Trump accuses Obama of treason for ‘spying’ on his 2016 campaign

Is the Trump impeachment investigation about crime or politics? | The Bottom Line

Only 7(!) Republican senators are ruling out removing Donald Trump

A Majority of Independents Believe Trump Should Be Impeached: Poll

Snyder: If Donald Trump Is Impeached, All Hell Will Break Loose In America

Trump Says Republicans Need To ‘Get Tougher And Fight’ On Impeachment

CNN Poll: 50% support impeaching Trump and removing him from office

William Barr is on the right side of history

Democrats Are a Clear and Present Danger to Internet Freedom

Backfire? Amazon may have just made this election about itself.

‘We Have A Big Responsibility’: Facebook Rolls Out New Election Security Measures

Goldman downgrades Twitter, slashes price target all the way to $34 from $52

Here’s where U.S. cyber warriors are working to protect against election threats

Forthcoming: Tehran Times Peace in the Middle East by 2024 1.3