The absence of professional intelligence and counterintelligence officers on Team Trump continues to cause me concern.  It should have been a huge red flag when over a hundred thousand people signed up for 19,000 seats, and most of them did not have legitimate addresses in the Tulsa, Oklahoma or adjacent states area.

There are multiple available applications for verifying the legitimacy of individuals, and it appears that Team Trump knows of none of them. Which leads to my second concern: Brad Parscale’s new communications system.

Let’s start with the idiocy recorded in the above article, where everyone who provided a real phone number was immediately inundated with texts and calls from the Parscale robo-fuck-machine. That is simply unprofessional. And I note with interest that Parscale does not appear to have realized that most of the numbers being abused were fake numbers — another warning flag.

Now here is Parscale on his new communications system (click on twitter bird if it goes blank on you below).

There are at least three things Parscale does NOT have in his new communications system, which, if it is as undisciplined as the crap they are using now on normal phone numbers, is going to PISS PEOPLE OFF.

01 He still does not get the fact that 70% of the voters are disenfranchised and they need a tangible deal from the President to come out and vote. The combination of Black pardons and serious police reform; #UNRIG election reform act; and $100 trillion from Wall Street returned to Main Street, are the difference maker, not his bullshit “new” communications system.

02 I know Parscale well.  He is a low rent coder that never learned how to do holistic or dynamic systems. His new system is going to be “didactic” or a one way fuck job — a stream of pedestrian memes and punchlines with no substance.  He has no idea how to engage the 70% and make them want to RESPOND to the President (Presidential dashboard that allows the President to pulse the country by demographic, location, and issue).

03 Parscale does not do substance. The best line I ever wrote for the Commandant of the Marine Corps for Congressional testimony was the one explaining why the Marines, unique among all the Services, had communications and intelligence under one general instead of separate:

Parscale is all noise.  There is no substance in his communications, which are largely pedestrian arrogant bullshit.  His communications are devoid of data and disconnected from policy [I do not consider the manipulative messaging to be substantive].  Below is a diagram of what COULD be built such that individual citizens could discuss and have line item veto on budgets at the national and eventually the state and local levels: 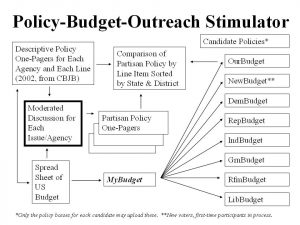 It breaks my heart to see Team Trump being “stupid is as stupid does” to borrow a line from Forest Gump.  Until the President demands respect for Blacks as well as Sandernistas and Libertarians and Independents as proposed by the below cartoon; 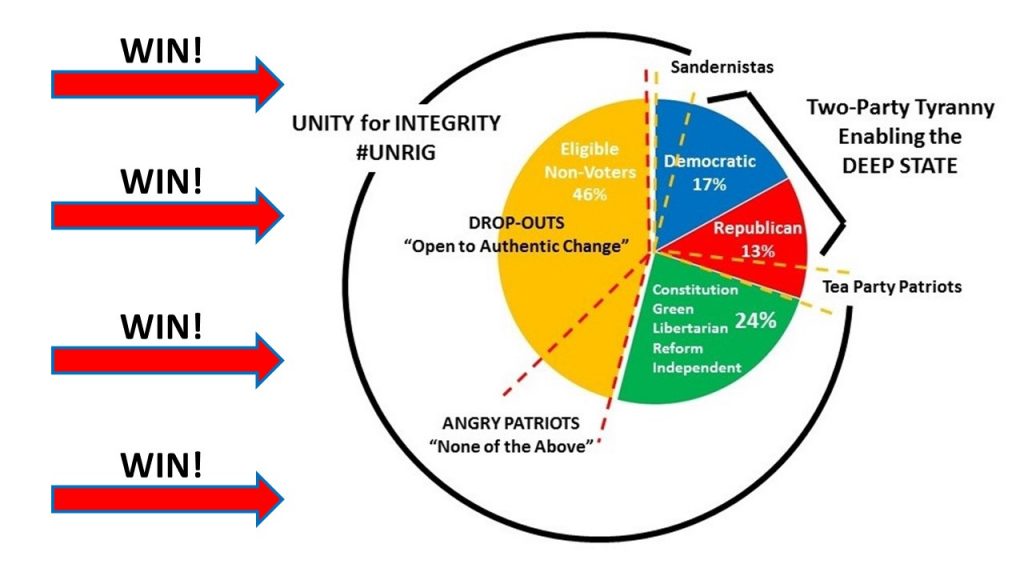 he will not be making the most of the self-immolation by the Democrats. Here are twelve specific electoral reforms that are needed to bring the 70% — including Blacks — to the table.

Parscale does not understand any of these. Worse, he does not understand that without intelligence and integrity and imagination that inspire the 70% to favor the President in 2020 for a return in 2022, he is nothing but noise.  Expensive noise. Noise that will not deliver.

I expect President Trump to win a contested election despite pervasive fraud across every state where Democrats control the process. As with the failure of Mike Pompeo to bring Bill Binney back to the President for NSA harvesting that would have advanced the President’s power by a factor of perhaps five, what we have now with Parscale (and Kushner behind him) is going to cost the President the triumphant landslide he merits.

I remember the movie, “Remember the Titans.” There is a point where the first integrated team in Virginia history is finally given a fair playing field after the Deep State umpires are straightened out, and the white defensive coach goes for the  total victory.  “Leave no doubt.”

Dan Schultz, West Pointer, lawyer, author, does  know.  The HUMAN factor, face to face, combined with the POLICY factor — substantive offerings to Blacks, Libertarians, Independents is how you get to the Mother of All Landslides.  As long as Kushner and Parscale — and the GOP and Fox — are sand-bagging the President, we will not get there. 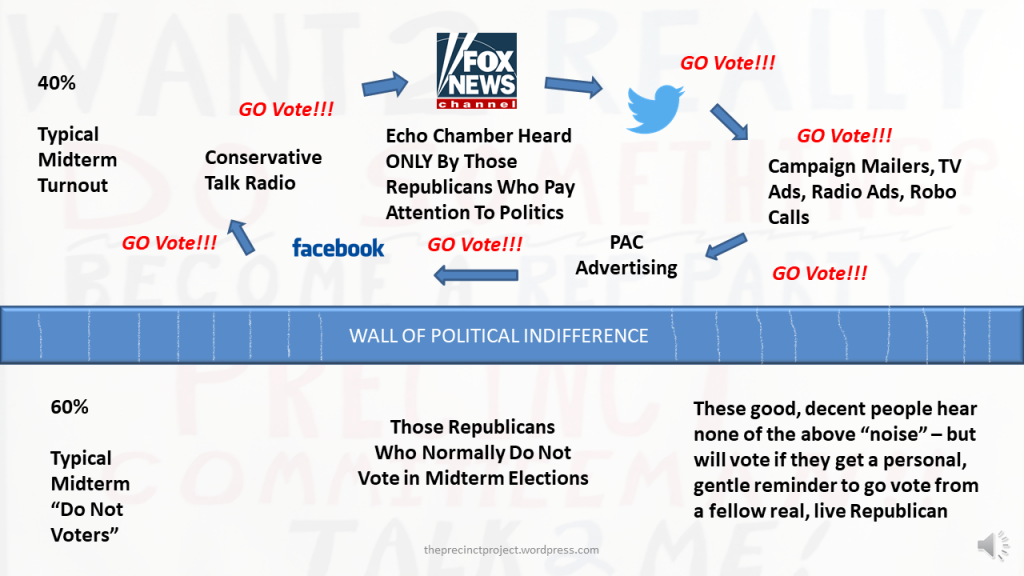 The President’s instincts are GREAT.  His performance in Tulsa, despite the abject failure of Parscale, was GREAT.  Cynthia McKinney and I discussed with admiration his many references to Blacks and his clear return to his anti-war posture and his demands that we return our troops home.  On Germany, he is especially strong.

Our President is ALONE.  His staff SUCKS.  I am WORRIED.

Dan Shultz: President Being Betrayed by GOP, Here Is The Fix