My DNC source, Deep Anus, is saying that the Democrats are so certain Biden cannot beat Trump that they plan to replace him by the 16th of September with a Republican rock star (not John Kasich, not Mark Cuban, I keep coming back to Colin Powell). However, a Biden-Obama ticket that morphs into Obama-Warren after they beat President Trump with massive fraud is not out of the question.

Hats off to Brad Chapman for a stellar answer to the question,

Can Barack Obama ever be president again? 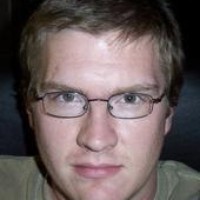 , Amateur studier of the US Constitution.

I’m going to use Obama as the example because that’s what the question specifically asks, but this applies to any two term president.

While I would like to say no, he can’t be president again because the 22nd Amendment limits him to only being able to serve two full terms, the fact of the matter is that the wording of the Amendment makes it so that no one honestly knows if he could become president again.

First we note that he has served two full terms. So according to the Amendment, he cannot be ELECTED president again. But, the question becomes, could he become VP and succeed to another term? Well…

But no person constitutionally ineligible to the office of President shall be eligible to that of Vice-President of the United States.

Herein lies the problem. The 22nd Amendment makes Obama ineligible to be ELECTED president, according to the strict wording of the Amendment. But while it is intended to make him ineligible to become president again, its bad wording means that it could be a loophole if any president wanted to attempt a third term that way, and could get someone to run for president that would step aside after (if not before) the inauguration. And while it would be even more complicated, there is also the possibility of a former two term president becoming Speaker of the House, President Pro Tem of the Senate, or a cabinet member of another president and succeed that way if the circumstances arose.

So like I said… no one honestly knows if the bad wording would work as a loophole and allow someone barred from being elected president to become one through succession. It would require the situation to come up (i.e., a two term president trying to run for VP or ending up in a situation where he’d be in another office and up to succeed), someone to bring the issue to SCOTUS, and then SCOTUS ruling on the issue. If it ever happened, they could rule on a strict wording basis, meaning that they’d decide that since he wasn’t elected to a third term, he could succeed into one (and Congress, depending on the political atmosphere of course, would be highly likely to try to close that loophole). Or they could rule on the intent of the Amendment, which is to limit the number of terms a president can serve, and bar a person ineligible from being elected again from succeeding. And while I would like to say that any court makeup at any given time would rule the same way regardless of political leanings of the members and person in question, I no longer trust that to be the case. Frankly, if he tried to pull that loophole now, he’d fail in front of the right leaning court. Whereas a former Republican two term president may succeed. And vice versa when the court is left leaning.

Either way, unless and until the situation comes up and the court makes a ruling/sets a precedent, no one knows whether the wording of the 22nd Amendment would allow a succession loophole or not, and can’t even guess what SCOTUS would decide unless someone ever tries.