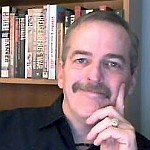 BLOCKBUSTER PARAGRAPH BELOW THE FOLD

What this article misses is the massive amount of research gathered and published by retired US Army Lt. Col. Tom Bearden in a fascinating book titled Gravitobiology, a book detailed Cold War era Russian research into what might equally be called not “gravitobiology” but “electromagnetic-template biology.” Without going into all the how’s, why’s, and wherefore’s covered in Bearden’s fascinating book, basically the Soviet research can be summed up as follows: Soviet scientists discovered that (1) all diseases or diseased cells in a tissue carry a unique electromagnetic signature or “template”, as does all healthy tissue; (2) these templates could be reproduced or approximated by multiple wave-mixing or interferometry of waves in the radio-microwave end of the electromagnetic spectrum at low intensity; and (3) tissue exposed to an environment where a selected template is being broadcast will eventually be more likely to develop the disease of that template (or conversely, if already with a specific disease, revert to health if exposed to the electromagnetic “signature” of healthy cells).  In effect, the Soviets had created a “bio-electric library” of these templates, much like in this country, scientists worked for various government agencies created “electro-encephalographic disctionaries” of brainwaves patterns associated with specific words as well as emotions, and a capacity both to read such brainwaves remotely, but also to project such patterns sequentially via microwaves, directly into a brain.

ROBERT STEELE: The Steele  Report on 28 September 2020 provided a preliminary look at music and mind-control.  A follow with respect to weaponized sound as a means of harmonizing and controlling populations will be in The Steele Report on 5 October 2020.