The chattering class has slightly expanded its understanding of open source.

The open-source movement could not only disrupt architecture but also help solve the global housing crisis.

ROBERT STEELE:  I pioneered one of the first opens, Open Source Intelligence (OSINT) while Richard Stallman was pioneering open source software (he prefers the term free software), and went on to write the first major book The Open Source Everything Manifesto in 2012, followed years later by REINVENTING ENGINEERING in which I clearly identify the nine major open source domans and twenty-seven open source domains shown below. 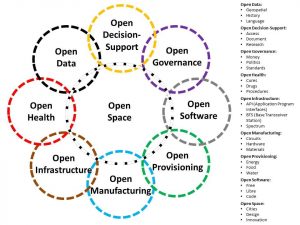 An Open Source Agency (OSA) such as has been approved  twice by the Office of Management and Budget (OMB) is needed to “jump start” public and private innovation. The timeline of my failed revolution is below.

1995 In Aspen-Brown benchmark exercise on Burundi, US IC smashed by OSINT in 24 hours, six calls

1997 Aspin-Brown calls for DCI to pay greater attention to, and provide more funding for, OSINT

1997 DCI Study The Challenge of Global Coverage concludes $2B a year needed for OSINT – censored!

2016 Donald Trump elected President of the United States of America, not happy with US IC

Now here is the end game in two parts: eliminate all waste and excess profit on the one hand; and achieve a permanent revolution in the mind of man such that we create Smart Nations, a World Brain, and a prosperous world at peace. 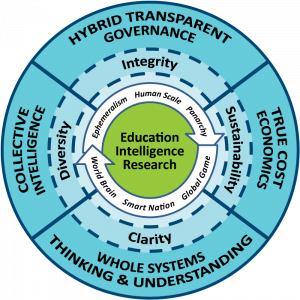 Steele, Robert with Nafeez Ahmed. “The open source revolution is coming and it will conquer the 1%,” The Guardian, June 19, 2014.