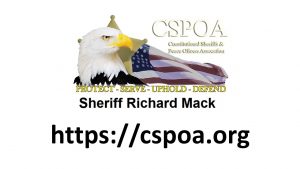 Phi Beta Iota: The above article is a hit piece.There is nothing “extemist” about believing in the US Constitution. The Deep State and its own local enforcers the Anti-Defamation League (ADL) that is behind Antifa, Black Lives Matter, and the NAACP, among other controlled fronts, are worried.  LOCALIZATION is re-emergent. Elected Sheriffs are the senior law enforcement officers — above the federal, state, and local appointed police and law enforcement officials — and this is going to be a defining aspect of the next four years as we  take down all of the federal, state, and local officials who have bribed or blackmailed to betray the public trust.