Remember when I told you that the whole “Russian Collusion” meme would be tracked back to the British Government and rogue elements in their MI6 and Secret Service? It was.

And especially today, remember their role in the Kennedy Assassination? How the Secret Service suddenly and mysteriously disappeared during those crucial minutes? 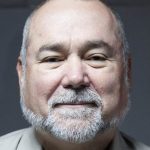 ROBERT STEELE: British (Pilgrim Society) and Zionist as well as Vatican moles in legislative and executive and judicial branches have always stymied proper tracking of these traitors. We have caught up on the  Zionists are well along with the Vatican but have barely begun on the British.  Lots of work to be done. Satanism and Pedophilia are the glue that connects most traitors against the USA.  Learn more at https://pedoempire.org.

They stopped protecting the President as the motorcade left its parking position and didn’t show up again until after the shooting stopped.
Some people might forget, but not everyone.

By now you’ve noticed that the Dominion Software Employees responsible for a large part of the current election scandal are either: (1) disappearing, or (2) signing on as Witnesses, presumably in exchange for limited immunity from prosecution.

So what is the Dominion?

This is the name once used to describe the British Commonwealth in the years leading up to and immediately after the First World War. The Dominions— Canada, Australia, India, et alia., were all part of the “Commonwealth” and members of the League of Nations, which, contrary to what you’ve probably been told, did not disband and somehow magically turn into the United Nations.

Instead, the jurisdiction changed because of the May 1930 bankruptcy, and the land jurisdiction governments of the Dominion separated like oil and water from the bankrupt commercial corporations operating “in their names”. So, the Dominions, like the actual Federation of States doing business as The United States of America, seemed to disappear and their group effort, The League of Nations, also seemed to vanish.

Please note, that sovereign governments and sovereign chartered businesses that are unincorporated can’t go bankrupt by definition, and they do have what is called “state immunity” or, more popularly, “sovereign immunity”.
So when “the UK” goes bankrupt, Great Britain continues to chug along under the shroud of state immunity. It weathers the storm precisely because it cannot do otherwise.

Like our unincorporated Federation doing business as The United States of America, the Dominion Governments have been on “idle”, operating in an increasingly abandoned jurisdiction as more and more people and business interests have been fed into the hungry (but imaginary) maw of the “new government” represented by the Robber Barons pushing Corporate Feudalism.

You can take it to the bank and at a glance that what you are looking at when you examine the election tampering is a British Op—- despite them trying to blow a smokescreen and ratting out their accomplices like Hugo Chavez, How do I know that? Three things:

1. These people — and I use that word generously — are so arrogant that they named their Operation after their “former but still present” (which they call “once and future”) Dominion, that is, the land jurisdiction of the Commonwealth, thinking that nobody would remember what the word “Dominion” referred to back in Grandma’s day.

2. The dirty work was done through Canada, part of the Dominion, which is their favorite ploy when working any evil against the Americans.

3. The connection of all this to Huawei, the Chinese Tech Giant, and….wait for it….. HSBC.

We tend to forget that HSBC is a peculiarly British-Chinese endeavor arising in the age of the British Empire, which they are still trying to resurrect —- without, however, the pesky niceties of The Magna Carta and the noisome nuisance of a Constitution.

It really is boring to watch what goes on and then play “Where’s Waldo?”
Right where he has always been. In the British Parliament and swaggering down the street in Westminster. The entire election fraud scheme reeks of British bungling, bravado, and bunko.

And as you start waking up and smelling the British Rat again, notice that by some odd coincidence, all these district courts that are throwing out Trump’s election fraud claims are King’s Courts. And all these news agencies that are discrediting Trump’s claims are also British or dependent franchises of the BBC or victims of blackmail who owe their continued freedom to the Queen.
The Brits may be right that the Americans always do the right thing after we have tried every other option, but we do get there eventually.

The Chinese have no cases of Covid 19. Literally. None. They aren’t wearing any masks. Their factories are going full blast.

Notice also that Huawei is the key to 911, and the Wuhan “virus” — both, and that this entire can of worms is going to spill.

The British-China connection is already exposed and the world spotlight is going to get turned on full blast.

When it does, there are going to be international arrest squads and all of this is going to get very messy.

The startlingly different part of all this, is that this is all cast in terms of crime. Pure unadulterated crime. It’s not about politics. It never was.

And the one smoking gun that connects it all, like the Gathering Point of a net, is Canada. Good ole neighbor, don’t have any fences on our border, Canada.
It was the Governor of Ottawa who gave Prince Philip $950 trillion-worth of Life Force Value Annuities that actually belong to us and the Canadian people as a retirement present.

It was the filthy British money-laundering operating in Vancouver that covered HSBC’s buns and made it solvent again. It was this same operation that master-minded the counterfeiting of hundreds of trillions of “dollars” under the Obama Administration’s direction.

And now this, romping through and rendering an American Presidential Election into a carnival sideshow where you can see the puppeteer’s hands.

It’s time for the Americans to wake up, and realize who and what the actual enemy of all free people is and has always been—- the Unholy Alliance of the Holy Roman Empire and the British Crown, both of which depend upon slavery and slave-trading for their wealth and existence.

Wake up and make haste. The Corporate Feudalists are at your door. Literally.