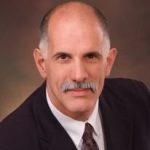 I was approached by Tracy Koellisch last Tuesday about doing “something” about this last election. I told her that I wasn’t interested in traveling to Boise for yet another protest but would make the trip if we could advance the cause of election integrity. She asked for an example and I said that there was no standard definition of a fair and honest election. It seems incomprehensible that there are standards for everything but not for elections. Since they don’t exist, we should create some. The next day I received a call from Tracy and Ed Humphres and we further brain-stormed the idea.

Three days and countless phone calls, texts and emails later I called to order the Citizens Committee for Election Integrity in the Lincoln Auditorium of the State Capitol Building. For just over two hours, 28 community leaders from all over Idaho debated, discussed, took public testimony, and voted to craft the standards. There were over 100 people in the audience including several legislators. In the end we unanimously approved 14 standards that are essential for fair and honest elections. These standards are being distributed to our elected officials and the media.

I have attached the standards and the mission statement of the committee. Feel free to share these with anyone interested in election integrity, as I have with you.

A video of the proceedings is available here:
https://www.facebook.com/Citizens-Committee-For-Election-Integrity-101624441886651/

If you wondered if one person could make a difference, here is you proof that it CAN happen. Be part of the solution.

All political power rests with the people.

Our Constitutionally guaranteed Republican form of government relies on free,
fair, and honest elections to select our representatives and leaders.

To ensure equal protection and equal representation of the people, laws
governing our elections must meet certain minimum standards.

Our Constitutionally guaranteed republican form of government relies on
free, fair, and honest elections to select our representatives and leaders.
The standards listed here shall be used by our local, state and federal
legislators as a metric for reviewing and revising election l aw to ensure
free, fair, and honest elections where the outcome i s accepted by all
citizens of good will.

1. All voting processes, other than those needed to preserve the privacy of a
citizen’s vote, must be open and available for direct observation, with no
minimum distance requirements, and audit by agents of the candidates or
parties.

3. All votes, regardless of voting method, shall be held to equal standards.

4. Voters shall only be qualified electors that are able to verifiably provide
their government issued photo identity before being issued a ballot. Voters
who provide false information, including information of voter qualification,
should face severe penalties.

5. As a condition of being issued a ballot, the voter’s identity and signature
must be recorded i n a permanent record (Poll Book).

6. Original Ballots must have a physical form that allows voting choices to be
examined and properly interpreted by the naked eye .

7. Ballots must have features designed to prevent counterfeiting.

8. An auditable system for tracking the status of all ballots must be
implemented and maintained i n the State of origin. The total number of
printed ballots must equal the sum of the number of cast ballots, spoiled
ballots, and unvoted ballots.

9. Ballot tabulation must be conducted by two independent and unrelated
systems. The difference i n totals between the two systems must be less
than one half the margin of victory or 0.1% of the vote total, whichever i s
less. Tabulating machines must only tabulate and not modify ballots i n any
way, or be connected to the internet.

10. Before the results of an election can be certified, the ballot counts must be
reconciled with the voter records. The margin of uncertainty must be less
than one half the margin of victory or 0.1% of the vote total, whichever i s
less.

11. Lists of qualified electors must be purged of unqualified persons 180 days
before an election. Voter Rolls should be vetted and compared with
available government records to identify duplicate or ineligible
registrations.

12. Laws and regulations governing an election may not be changed for 180
days prior to that election.

13. All election records should be retained and preserved for not less than 22
months.

14. Voter identification for provisional ballots must be verified, with information provided by the voter, prior to that ballot being counted.

The above standards were adopted on January 2nd 2021 by unanimous vote of
the committee.