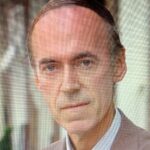 The geopolitical dice article below reflects an excellent analysis why the deep state ordered the election to be stolen from Trump. It is not that Trump accomplished very much as they did not let him. The trade and current account deficits have not improved at all. Biden reports to the same deep state leader as Trump did. The most that can be said is that if Biden was President for the past four years the deficits would have been worse. The deep state as reflected by their puppets Brennan and Clapper believe that allowing our allies to destroy the US economy by currency rigging is strategically justified to hold the alliance against Russia and China together. This is pure folly as to be a world hegemon requires the US to be the strongest economy in the world.

This concept goes back to the 1950s when Japan used the technique of geographic price discrimination to destroy the entire US electronic industry. This was a clear violation of the US anti-trust laws, but the Supreme Court, that was totally corrupt back then as now, and has been corrupt since it inception, was ordered, based on the national security conception that we need Japan to contain China, to rule in favour of Japan.