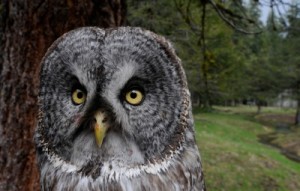 Were I juror in Floyd case, this segment of the trial alone would have compelled me to acquit Chauvin. I have been doing lots of photography since I was a kid, and this tweet brought up the issue of “camera perspective bias.” This means that due to the angle at which the picture was taken, the camera image turned out to be an illusion, it distorted what viewers saw. It looked like his knee was on Floyd’s neck when it actually was on his shoulder. Chauvin’s defense lawyer got the chief of police – as seen in the video here – to admit his knee was on his shoulder, not Floyd’s neck.

Too bad the lawyer did not think of hiring a professional photographer to make a bunch of photos of black men that he could have shown the jury revealing how this illusion can so easily mislead viewers on what they are seeing. I hope others out there with photography chops reproduce this distortion and share their results with the world:

Defense counsel Eric Nelson discusses the concept of “camera perspective bias.” Arradondo agrees that Chauvin’s knee appears to be on Floyd’s neck in the bystander video, but appears to be on his “shoulder blade” in the body-cam video. (Content may be disturbing to some viewers).

The Jury Convicted An Innocent Man