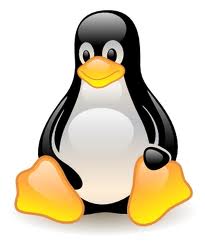 Back in 2009, Daniel Domscheit-Berg applied to the Knight News Challenge in the name of Wikileaks for $532,000 to fund a project to “improve the reach, use and impact of a platform that allows whistle-blowers and journalists to anonymously post source material.” At the time Domscheit-Berg was known to the world by the pseudonym “Daniel Schmitt” and made frequent appearances on behalf of Wikileaks alongside its editor-in-chief Julian Assange (including at the October 2009 Personal Democracy Forum Europe conference in Barcelona). Now, as is widely known, he and Assange have parted ways and Domscheit-Berg is part of a group organizing the launch of OpenLeaks.org, which is being described as more of a technological service provider to media organizations than as a central hub for leaks, and which is promising to roll out a detailed description of its organization and plans in January 2011.

It’s illuminating to compare the 2009 Wikileaks News Challenge proposal–which made it to the final round of the prestigious program but was ultimately rejected by the Knight News Challenge judges–to Domscheit-Berg & Co’s current plans for OpenLeaks. Obviously, until OpenLeaks starts functioning, we are comparing two different versions of “vaporware,” but in the same way that Wikileaks itself has evolved over the last year, I think you can see a parallel evolution how Domscheit-Berg and the others in his group are thinking about how best to expand the open information model as well.

Read fascinating article and entirety of the original WikiLeaks proposal….