An Invocation Against the Inevitable

“There is absolutely no inevitability as long as there is a willingness to contemplate what is happening.” – McLuhan

Skilluminati Research has been a very cynical project…until now. Change of policy: there are no sufficient excuses for inaction. There is no point to all this research if I’m not capable of using it for something real. What interests me now is Synthesis. How can we build a politics that takes all of this horrible shit for granted and still provides a master plan? 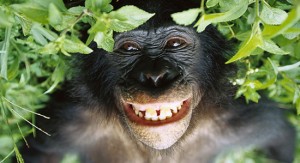 In 2011, Hope and Change are hollow brand names and representative Democracy itself is hollowed out, broken for decades. Distrust of government has gone from a fringe position to a bipartisan consensus. If you think all that adds up to a “Now is the Time” pep talk, you’re not hearing me at all. We are more fucked than ever. The situation is not “ripe,” it is fundamentally out of control and irreversible. …so what then?

The Machine is bigger than you can think. It snakes through every aspect of your life, it networks an entire planet of political powerbrokers, banking cartels, intelligence agencies, arms dealers, cult leaders, secret societies and royal families. From cynical operatives to true believers, from corporate boardrooms to secret bases, the Machine is too vast an ecosystem to model accurately. Both in human terms and hardware specs, much of the infrastructure is classified — and that’s just the stuff the military is doing. Every serious effort to reform this system to date has gotten nowhere. …so what now?

Safety copy (text only) below the line.

Most dangerously, our language is broken. Not only broken, but weaponized against us. Human beings are depressingly easy to manipulate in large numbers. Your brain, not to get too technical, is a buggy piece of shit. Despite being a three pound patty of Universe-making miracle meat, our brains leave us very vulnerable to each other. Our broken cultural dialog is a cascading feedback loop of confirmation bias, narrative framing, visual cues, and paid disinformation — and that’s just the stuff the Democratics are doing. Even starting the conversation about “fixing the system” or “improving quality of life” is difficult now. This is a testament to the power of demographic targeting, segmented messaging and persuasion engineering. Mind control is a very mundane science these days.

And…so what? I can at least say this: there is a way – in fact, thousands of Ways – and we will find them, and we will use them. I’m still sketching out the details, but it’s there and I’m far from the only monkey in the Zoo who sees it.

Every 24 hours, the global situation gets more unstable, and we have less time to fix it. The imperative weight of what our generation must accomplish is crushing, and for most of us, paralyzing. What is being asked of you is both unfair and unrealistic. To be clear: I’m not going to tell you that you have to do it, I’m just explaining where I will be located through 2012.

“One man with an idea in his head is in danger of being considered a madman: two men with the same idea in common may be foolish, but can hardly be mad; ten men sharing an idea begin to act, a hundred draw attention as fanatics, a thousand and society begins to tremble, a hundred thousand and there is war abroad, and the cause has victories tangible and real; and why only a hundred thousand? Why not a hundred million and peace upon the earth? You and I who agree together, it is we who have to answer that question.” — William Morris

Everybody wants to change the world…and that makes this a dangerous conversation to have. I can understand why bloggers get touchy about being labeled “Enemy Combatants” by DoD documentation like the Information Operations Roadmap, but I also don’t think the Pentagon is exactly wrong, either. We all think our motives are pure, so when we talk about “changing the world” we seldom hear the resemblance to, for instance: Christian Dominionists, al-Qaeda, Jeff Skilling from Enron, and the Council on Foreign Relations. In fact, the langauge is identical, and any serious political reform effort is essentially a non-violent revolutionary act.

Enemies are too easy, though. I would like to play a different game now. I am here to learn from everyone, but please don’t mistake that for an invitation. I learn on my own terms — as Wyndham Lewis never said to Marshall McLuhan, “The secret of success is secrecy.”

With that approach in mind, I will be tinkering with changes to the format here at Skilluminati Research. This will still be home to long-form essays, but the back end architecture will be changing into something more useful for other researchers. Certainly, my source documentation is more valuable than my moron opinions. I also intend to make this more of a network hub, with more outbound links and spotlights on worthy endeavors being waged elsewhere.

Suggestions welcome. As always: Thank you for your time.