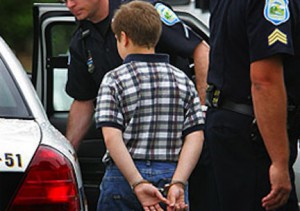 As if the United States did not have a bloated enough prison population – which I think nearly every single American realizes is a painful truth – our school systems are being transformed into yet another way to funnel people into the private prison system.

School systems around the country, but especially Texas, have begun criminalizing what would otherwise be normal childish behavior.

One example given by the British Guardian in a recent fantastic article covering this issue, an overweight and unpopular girl was charged with a criminal misdemeanor after spraying perfume because children in the classroom were teasing her and saying she smelled bad.