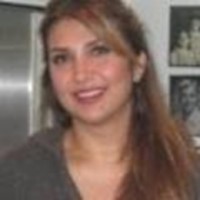 What was surely meant to be a clever display of media-friendly visuals to illustrate Syrian regime violence in Homs, has instead raised more questions than answers.

US State Department satellite images of the embattled city were posted on Facebook last Friday by US Ambassador to Syria Robert Ford, who complains: “A terrible and tragic development in Syria is the use of heavy weaponry by the Assad regime against residential neighborhoods.”

The “satellite photos,” says Ford, “have captured both the carnage and those causing it — the artillery is clearly there, it is clearly bombing entire neighborhoods…We are intent on exposing the regime’s brutal tactics for the world to see.”

But within 24 hours, the blog Moon of Alabama had taken a hammer to the ambassador’s claims. A detailed examination of satellite imagery by the bloggers revealed numerous discrepancies in Washington’s allegations. Mainly, their investigations point to the fact that Ford’s satellite images were “of guns training within military barracks or well known training areas and not in active deployment.”

Moon of Alabama posts its own satellite images, graphics and diagrams to bolster its argument – and these are well worth a look.

The US envoy’s questionable claims don’t stop at satellite images, however. In his Facebook post, Ford insists: “There is no evidence that the opposition — even those opposition members who have defected from the military — has access to or has employed such heavy weapons. “ By this, he means the “artillery” used “to pound civilian apartment buildings and homes from a distance.”

Then why is there satellite photo evidence of destruction in pro-regime Alawi areas?

Fast-forward to CNN’s very own Jonathan King, who broadcast satellite images of Homs on February 9, the day before the State Department loaded their photos on the web. King’s images of Homs are dated February 5, two days after violence erupted in the city, focusing heavily in the Baba Amr neighborhood where opposition gunmen are allegedly present: