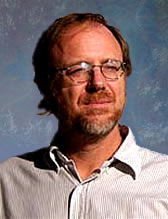 So maybe these suspects are the usual al-CIA-duh patsies. And maybe Israeli “terror experts”were flown to the US to oversee the framing of the Muslim patsies.


The father of the suspects, like Mohamed Atta’s father, understands this all too well:

Father of suspected bombers: ‘My sons were set-up’

Were Israeli false-flag terror experts – maybe even some who helped pull off 9/11, the operation that Mossad operative Mike Harari bragged about – flown in to Boston to set up a shoot-out as dénouement to the Boston Marathon bombing?

At this point it’s just a hypothesis. But suspicions were aroused two days ago, when Israeli Police Chief Yohanan Danino announced that his officers had flown to Boston to “meet with Federal Bureau of Investigation agents and other authorities” to participate in the investigation of the Boston bombing.   As RT reported, Danino dispatched police officers to participate in discussions that “will center on the Boston Marathon bombings and deepening professional cooperation between the law enforcement agencies of both countries.”

But wait a minute…why would American police need Israelis, or other foreigners, to investigate an American crime?  And more pertinently: How did Danino know that there would be any Boston Marathon bombings for his team to investigate? According to RT, “Israeli law enforcement planned the trip before the deadly pair of bombings on Monday that has so far claimed three lives.”

When government agents pre-plan their trip to a crime scene, it means they – or their governments – had foreknowledge of the crime. One notorious example: Just a few minutes after the Pentagon was devastated by explosions on 9/11, FBI agents showed up at the gas station and hotel across the street and confiscated security videos showing what had happened. Obviously those agents were sent to confiscate the videos before the Pentagon had been attacked, by people who orchestrated the attack. It was a crime scene clean-up, not an investigation.

Another example: FBI agents left their offices in Minneapolis, Minnesota to drive to Duluth to investigate the scene of Senator Paul Wellstone’s plane crash. The problem: When the agents left, Wellstone’s plane had not yet crashed. They arrived at the crash site far too early – and proceeded to cover up the crime rather than investigating it.

Israelis, even more than the FBI, have a habit of “showing up too early” for terror events. The notorious dancing Israelis, Mossad agents who were arrested on 9/11 for filming and celebrating the destruction of the World Trade Center, had their cameras in place, trained on the Twin Towers, before the first plane hit. They even admitted their foreknowledge on Israeli national television, saying “Our purpose was to document the event.”