U.S. Intelligence: Hiding of Military Assets by “Rogue Nations” and Other States a Major Security Challenge for 21st Century 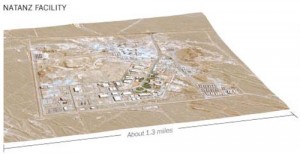 Washington, D.C., September 23, 2013 – While the focus on Syria’s chemical weapons use, and the possibility of military action against Syrian government targets pushed aside, for a while, the issue of how to deal with Iran’s nuclear program,1 the two situations have one thing in common — their reported reliance on underground facilities to shield the production and storage of weapons of mass destruction.

Documents posted today by the National Security Archive show that such sites in Syria are only the latest in a long line of alleged and real underground facilities that have posed a high priority challenge for U.S. and allied intelligence collection and analysis efforts, as well as for military planners. There may be more than 10,000 such facilities worldwide, many of them in hostile territory, and many presumably intended to hide or protect lethal military equipment and activities, including weapons of mass destruction, that could threaten U.S. or allied interests.

Today’s posting features 21 new documents, in addition to the 41 records from the Archive’s initial March 23, 2012, posting on this subject. The new materials include several concerning a key topic of Cold War intelligence collection and analysis — hardened and underground communications facilities. Also included for the first time are draft charters for the National Reconnaissance Office (NRO) working group on hardened and buried targets. The majority of the new materials consist of reports from the Asian Studies Detachment (ASD) of the 500th Military Group of the Army Intelligence and Security Command. The ASD reports, based on open source intelligence, focus on various aspects of hardened and buried facilities in North Korea and China.

The 21 new items, with one exception, were acquired via Freedom of Information Act requests or research in the National Archives. The original posting described in detail the agencies and programs the U.S. government has brought to the task of identifying and assessing underground structures in foreign countries since World War II.