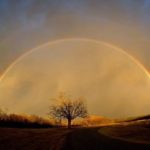 Phi Beta Iota: This is worth a complete read including the linked articles.  Sorcha Faal is a gifted fabricator whose links are real, and the narrative more often than not superior to anything the US secret intelligence community is capable of producing. Hightlights here include possibilities of an electromagnetic attack on the City of London, Wall Street, Vatican, and Basel (Switzerland) and potential impeachment of Theresa May and Justice Ruth Bader Ginsberg who both appear to be devoted to furthering the Deep State pedophilia / pedopredator protection racket. We believe that Xi, Trump, and Putin have an entente, and a hard stop on global financial crime as well as elite pedophilia is about to take place. Early indications are that the Rothschilds and the Vatican have accepted a negotiated exit strategy, and the Chabad supremacists cult (not to be confused with ethical devout Jews) has refused — this will eventually lead to Trump’s ending all support for Israel while authorizing Joint Special Operations Group (JSOG) to begin taking down specific Chabad leaders. The Bank for International Settlements appears destined for neutralization, starting with its loss of diplomatic immunity.