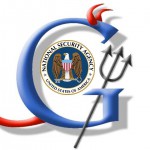 “Facebook blocks more than 98% of my reach,” said Andrew. “That means 4.9 million people per month are missing. Facebook increased censorship after President Trump was elected.”

Instead of communicating to 5 million people per month as in 2016, Facebook showed Andrew’s posts to 97,685 people last month. Andrew has almost half a million followers.

“Facebook’s censorship caused millions of fewer people to follow God and strengthen their families, a financial loss of donations likely in the millions of dollars and a reduction in communicating with millions of more people by email and our website,” he said. “Facebook is anti-American, since they censor those who believe like the founders.”