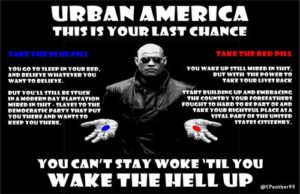 While the website ‘The Revolutionary Act’ reports this growing axis between President Trump, Kanye West and the black community could lead to a tectonic shift is US politics, it has long been coming. From the Examiner:

In the aftermath of Charlottesville, an awful lot of awful things have been said about Republicans and race relations.

However, the Left’s accusations of racism couldn’t be further from the truth that has played out in the halls of Congress over the last 150 years.

It is shocking that as talk of statues and historical racism is being bandied about, no one has mentioned the Democrats’ utterly shameful treatment of African Americans throughout history.

Over the last 100 years, Republicans have stood up for African Americans while Democrats not only stood on the sidelines, but in fact served as obstructionists to civil liberties.