For Gowda, it was the fact that Google Maps is a global, commercial product and did not capture local detail.

Gowda and a few other contributors from India are part of a tiny yet growing resistance movement which doesn’t want giant corporations to own all the mapping data.

Phi Beta Iota: The world is still missing an Open Source Agency and network that is truly committed to ALL of the opens, among which open source geospatial is certainly fundamental. 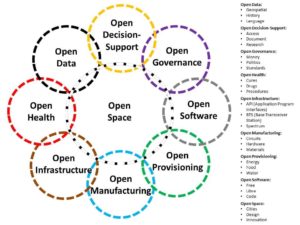 Steele, Robert. “Concept for a Post-Western Economic-Engineering Paradigm: How Putin-Modi and Xi-Trump Can Save Humanity with Open Source Everything Engineering (OSEE),” Russian International Affairs Council, 5 April 2017.