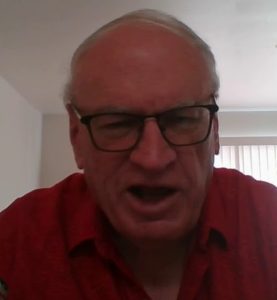 Observation: The [Zionists] are scared sh*tless.

They have been busted rigging elections, destroying our media, poisoning our foods, destroying our children, assaulting our families, intentionally staging the immigrant crisis – EVERYONE KNOWS IT IS THEM yet no one can say it. I will.

Here is the future: The genie is out of the bottle, and the massive unquenchable support for Trump (who is fighting all of the above whether he knows it or not) proves the people know what is happening and want it stopped.

ROBERT STEELE: I strongly oppose the use of the generic term “Jews” when the proper term is “Zionists.” While many Jews collaborate with the Zionists most wittingly, in  this instance particularly Jewish doctors that sign off on vaccines NOT given to Jewish children in order to enable Jewish children to appear to meet legal requirements but actually avoid being contaminated, I consider 90% of the Jews to be decent citizens wishing to be assimilated and live in peace. Jim Stone is one of our best citizen investigative journalists and I salute him — he is “on point” on this one. Our highest priority, if we are to put America First, is to expunge the Deep State and its Zionist underbelly from the US economy, US government, and US society. Donald Trump has started the job — the jury is still out on whether he will finish the job.

29 Zionist Strikes (Zionism is Not Judaism)