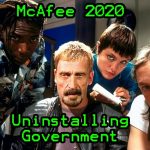 VibraVid is one of those decentralized platforms that have been powered by Tron.

This startup is believed to be a direct rival to the centralized YouTube platform and the ones similar to it.

Its purpose is to change the system that connects users and content makers. The most interesting is that VibraVid hopes to let content makers get their profit from consumers directly, with no intermediaries taking part of these earnings away.

ROBERT STEELE:  The lack of integrity at YouTube is palpable.  They suck in three big ways:

01 They are controlled by the Zionists and are digitally assassinating both conservative and progressive voices that are challenging all crimes against humanity starting with Zionist genocide and apartheid.

02 They are enabling pedophiles world-wide to communicate and share information associated with both pedophilia and murderous pedophilia.

03 They are monetizing fraud with malice (knowledge of falsity). In my case, they are monetizing hundreds of videos that are rooted in the theft of my identity including my face and name, and stolen living performances from my exclusive interviews with others.  The thieves are also devising defamatory click bait titles.  This has gotten so bad that I am hiring an attorney to file a federal lawsuit against them that will ultimately reach down and punish each thief individually as well as YouTube generally.  A jury trial is being demanded, and my going in financial demand is $5 million.

I will be talking to Tron about their potential as a foundation for creating a complete federated (or confederated) replacement for Amazon, Facebook, Google, MeetUp, Twitter, and YouTube, among others.