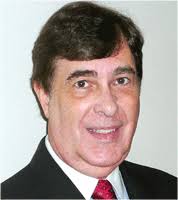 Sometimes if you fight hard enough and refuse to back down, no matter the odds, your truth is vindicated and prevails!

For years I’ve watched politicians smirk, roll their eyes, and sigh whenever the words Agenda 21 were uttered. As George Orwell said, “The further a society drifts from the truth the more it will hate those who speak it”. Today I stand vindicated in my warnings of where Agenda 21 was truly headed, because it’s not longer me having to reveal the threat. They are telling you themselves. Here’s the naked truth – Socialism is for the stupid. The Green New Deal is pure Socialism. 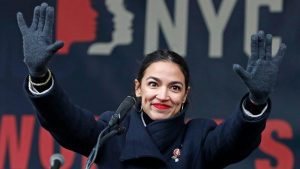 ROBERT STEELE: At their worst — and even allowing for the best of intentions — these Green New Deal folks are both ignorant and arrogant.  They are ignorant of holistic analytics and true cost economics and Open Source Everything Engineering (OSEE) that would allow us to achieve a middle class level of prosperity for everyone at 10% to 20% the cost of the failed Western model of predatory capitalism that monetizes waste and concentrates wealth. They are arrogant in thinking that they can “license” families to have children (and of course only left of center parents would “qualify”), or call for the eradication of all forms of farm-bred meats. Next they will want to put all pets to death, those pesky little sources of random methane and the occasional gift in the middle of the living room.

From where I sit the time has come to evict the United Nations (UN) from New York City (this will among other things reduce traffic and making parking much easier) and withdraw from most UN Specialized Agencies that are NOT under the control of the Secretary General are used by the Deep State as agents for dividing and conquering the public and for ensuring  that the public stays dumbed down and drugged up.

The USA today has something no other country in the world has: the combination of a President who is anti-thetical to the Deep State; an Internet that even with Zionist control over the elements of #GoogleGestapo (especially Facebook, Google, Twitter, and YouTube) is empowering anti-authoritarian citizens; and a conservative family-values public that is now awake and in the majority.

What we have NOT achieved is an honest Congress — this demands Presidential sponsorship of #UNRIG – Unity for Integrity Election Reform Act (Proposed) — and the ability to make evidence-based decisions as a collective (an Open Source Agency producing Open Source Intelligence useful to the public and Congress as well as the President.

The President has also failed to connect with the larger public — the 73% that did not vote for him as President — and the President has failed to use all of the clubs in his goverance golf bag, in large part because the riff-raff around him are terrified of new minds that will show them to be the frauds and liars that they are.

#UNRIG Unity for Integrity Election Reform Act (Proposed), combined with a truth channel, achieves both objectives: an honest Congress forced to make evidence-based decisions; and a structured digital town hall that cannot be censored or manipulated as is now the case with Facebook, Google, Twitter, and YouTube, among others.

I personally find much to admire in Alexandria Ocasio-Cortez, who is a Latina as I am a Latino. Anyone that Nancy Pelosi wants to assassinate has my immediate favorable attention. We should not dismiss her.  Unlike Bernie Sanders, she does not drool and she has worked with her hands for a living. She represents a demographic — along with Blacks, students, the elderly, and small businesses — that the President needs to lead, empower, and win over if he is to win by a landslide in 2020.

She is very ignorant.  That is to be expected from someone who has gone from waitress to Congresswoman in one year. She is also being manipulated. Big money is lining up behind her precisely because she represents an advance of socialism and Deep State control over everything. There is no real difference between fascism and socialism, both represent  the top-down rule by secrecy rule from above approach to governance.

It is a mistake to confuse ends, ways, and means.  A proper analysis of the Green New Deal will show that there are ends that we should all share; that their ways are grotesquely out of line with what is ethical and appropriate to a democracy; and that they have no clue as to the means that can be brought to bear — and neither do those on the extreme right who babble about bills we cannot pay when they have no idea what our President has already done to Central Banking and will do more of shortly. THERE IS PLENTY OF MONEY FOR PEACE AND PROSPERITY FOR ALL. It is just not properly managed.

Where we need to go is away from the federal imperium toward the restoration of state sovereignty and the localization of production.  Eleanor Ostrom received a Nobel Prize in Economics for her book on Governing the Commons, in which she demonstrated with solid fieldword that the only people capable of devising reasonable and enforceable regulations for anything (such as local fisheries) are the local people.  Her work has been augmented by Nassim NicholasTaleb, who demonstrates that the only economic systems that are sustainable are those that are both localized, and that include everyone — down to the lowest waitress — as a stake-holder. EVERYONE must have “skin in the game.”

I feel an enormous sense of joy  to be alive at this time. The British Empire, the Vatican, and the Chabad Supremacist cult that comprise the Deep State in its pure form, with the Rothschilds and Central Banks as their plantation bosses, is collapsing. Three men are responsible for this epic alteration of course: General Secretary Xi Jinping, President Vladimir Putin, and President Donald Trump. Others, particularly in Central and Southeast Asia, are starting to get it.  Africa and the Americas will be the last to catch up but they will.