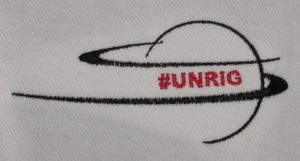 Quick story about paper ballots to make the point that

they matter at all levels especially local; and that

they can be defeated by evil doers if precautions are not taken.

A local level narrative quite small in comparison to what currently is going on at a national / global level. Concerned group of town folks approach a prospect with a number of unethical activities that had been going on too long in local government. That person decides to run for office and wins. Yes that person begins uncovering a number of issues previously shared. The defamation begins. That person wins a second term and now the attacks escalate. The controlling thugs come up with a new plan – one of them works for a printing company – a few of them requested absentee ballots for their “college” kids (not all were mailed back) – 99 ballots got printed – election day they saw to it that sufficient numbers of “them” were counting ballots. From the sleeve of a coat the ballots were shoved into the count as others made sure 99 legitimate ballots went missing. The elected official was replaced with one of “them.”

Quite cold in the north country in March so this trade off was easy to accomplish it seems. Justice of the Peace pointed out her suspicions and the investigation began to draw that analysis. The truth seekers encouraged the clerk to purchase a ballot “counting” machine, which royally set off those who just committed election fraud. This would ruin their tactics! They attempted to block the purchase of this piece of equipment, but the clerk and her backers won this one. A few other safety features were added to elections – coats, bags and the boots do not enter the counting room and the clerk guards the machine and write-in ballots like a hawk!

Just saying – paper ballots come with their own set of challenges…