For some time I have been concerned about the President’s insouciance (the Democrats would say oblviousness) toward the 70% of our eligible voters who are excluded from the two-party political system today. Below is a graphic that should concern the President. While he has fourteen months to pull out all manner of positives, including pumping up the economy, withdrawing form the Middle East, doing 911/disclosure, putting Big Tech nuts in a vise, and defending the 2nd Amendment by challenging all false flag narratives (9/11 and Sandy Hook court cases will help), he cannot, he should not, dismiss the 70% including #WalkAway, Libertarians, and Independents. 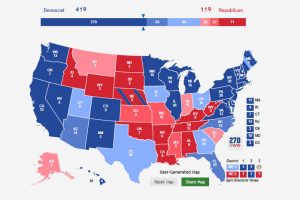 As much money as the President has to spend; and as good as the efforts are to stop electronic voting fraud as well as illegal alien voting, this next election is so important to the future of America — to the restoration of the Constitution and the principles of the Declaration of Independence — that I would consider it irresponsible — a death wish metaphorically speaking — to not implement #UNRIG: Unity with Integrity (Election Reform Act Proposed) prior to Election Day (passage) and in time for 2022 (implementation.

#UNRIG is the key to the Mother of All Landslides.

See the 3-minute video and 3-minute brief for the President here.