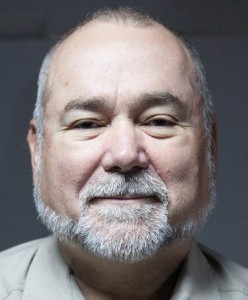 There is an excellent overview of the new book by James Mattis, Call Sign Chaos: Learning to Lead, and I recommend the overview to one and all:

I will not be spending time or money on this book because I know from experience that General Mattis, who means well, simply does not get it. President Trump was absolutely right to fire him. Below are a few of my thoughts.

The big one first. Jim Mattis simply does not see what President Trump sees — that our allies have been screwing us over for decades, sucking at the American taxpayer tit, and not pulling their own weight. The Zionists, France, Germany, and the United Kingdom have been CHEATING US for decades, as well as interfering in our politics while carrying out economic espionage with impunity.  Saudi Arabia and Qatar and Israel are the top three state-sponsors of terrorism, including terrorism (false flag operations and individual murders) on US soil, and the USA is doing almost nothing to stop any of this.

This at the same time that our cultural and economic competitors (neither China nor Russia — or Iran for that matter — is our enemy) have been allowed by design of the Deep State and its Wall Street front end and two-party tyranny enablers, to also CHEAT the USA for decades — taking our jobs, selling us over-priced toxic crap in return.

On the military front, it is the USA that has been the predator on the world stage, going to war many times on the basis of outright lies, and using the CIA in league with the Mossad and MI-6 among others to destroy nations and cultures in those instances  where we do not wish to invade with military force.

The North Atlantic Treaty Organization (NATO) is the world’s most expensive incompetent travel agency and the shit that we have allowed NATO to do, for example to Libya, at US taxpayer expense and because Hillary Clinton and Barack Obama were bribed by multiple parties (not only France but Norway and others), is reprehensible and easily meets  the standard for the Nuremberg trials for crimes against humanity and complicity in obedience to illegal unconstitutional orders. 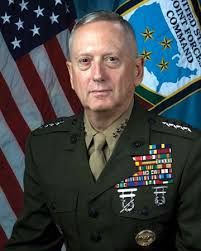 As a flag officer in the Marine Corps, Jim Mattis “went along” with business as usual, and never tried to actually fix anything in a big way. Unlike Al Gray, whom I served, who created the Marine Corps Intelligence Activity (MCIA) and tried to fight a strategic battle for justifying Marine Corps acquisition totally different from Army, Navy, and Air Force crap that is too heavy, too expensive, too complex to support in expeditionary environments, and never works as advertised (including aircraft that carry half as much half as far and loiter half as long as claimed by the corrupt beltway bandits that build them and the corrupt Pentagon officials that sign off on them), Jim Mattis simply took the force he was given and “went along.”

An officer is supposed to not only fight with the force they are given, but also play a profound engaged role in training, equipping, and organizing for the future.  Jim Mattis did not do that. As with Bob Neller, my peer as a lieutenant in Battalion Landing Team 3/4, Jim Mattis refused to challenge the corruption and idiocy of a Pentagon that still has no grand strategy, that is still funding an illegal space force and illegal Deep Underground Military Bases (DUMB) not approved by Congress, and still unable to win wars. 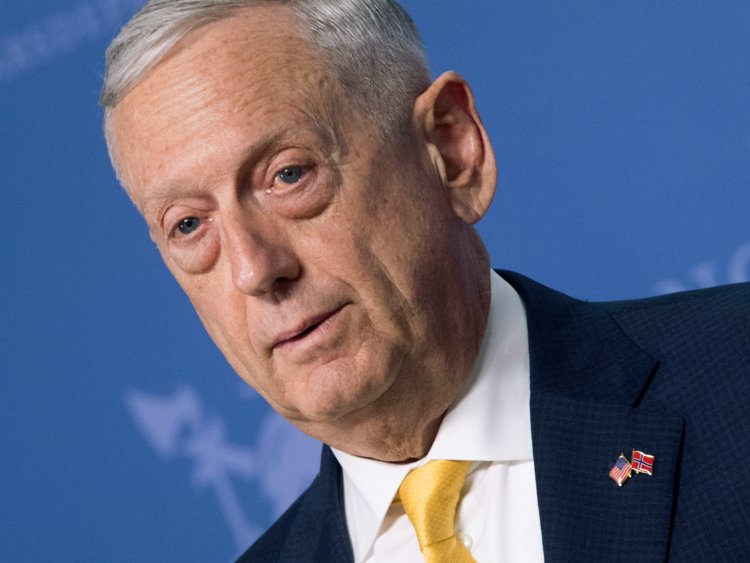 As Secretary of Defense James Mattis was a placeholder and a warmonger, not at innovator and not a peacekeeper. He did nothing to reduce the endemic fraud, waste, and abuse, and he was marginally useful to the President in relation to the unification and denuclearization of the Koreas or pulling our troops out of the Middle East where we have spent $7 trillion and have nothing to show for it.

There are two kinds of integrity. I have no doubt about Jim Mattis’ integrity in relation to day to day performance. He is perceptive — much smarter and cannier than he lets on — and also the best-read flag officer in modern history.

At the higher level, however, that of living up to his responsibilities as a defender of the Constitution against all enemies domestic and foreign, and refusing to follow illegal orders that are unconstitutional, he did not, in my view, rise to the several occasions where he could have made a difference. 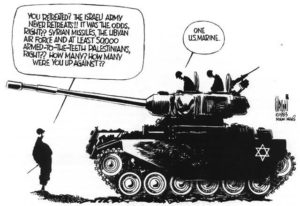 I also believe that Jim Mattis has a deeply disturbed perception of Iran based on the Marine Barracks bombing in Beirut.  I am one of perhaps five people (I was the second ranking civilian in Marine Corps intelligence at the time) who has actually read the entire Long Commission Report (it filled a pilot’s very wide briefcase and was stored in the most sacred vault at USMC Headquarters. I do not believe the Beirut bombing was done by Iran and there  is nothing — NOTHING — in the Long Commission Report that says Iran was the culpable party. Very few people have taken the trouble to understand that the bombing occurred almost exactly one month after a single US Marine officer stopped an Israeli tank column with his personal courage and integrity. Obviously the Iraeli LtCol in the lead tank could have killed him — and the other Marines doing their duty in upholding a particular boundary — but was ordered to back off.  I believe that as with the USS Liberty and 9/11, the Marine Beirut Barracks Bombing was the work of Zionist Israel. 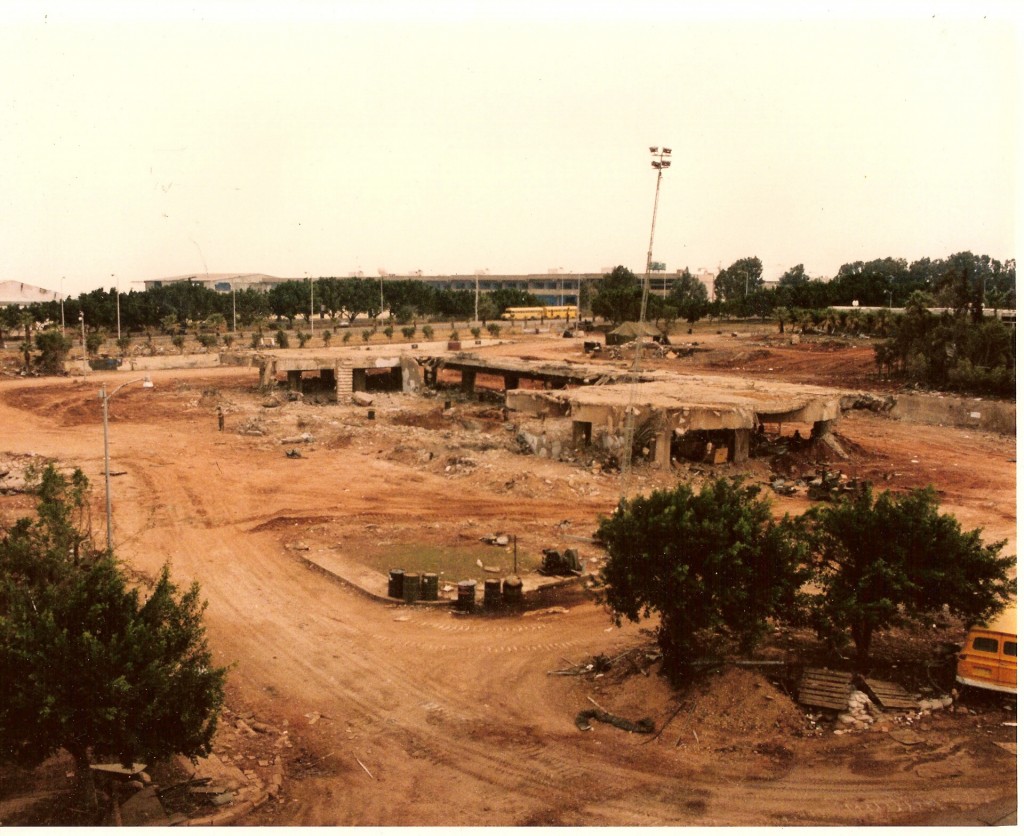 Jim Mattis was clearly one of the best of the Marine Corps officers.  He was not good enough to do what needed to be done because he could not see beyond his narrow education and training. There is a difference between reading and doing. There is a difference between obedience to orders and risking everything for the good of the larger group. In this larger sense, Jim Mattis did not lead. He followed.

Robert Steele: On the Record – 4% of the Force Takes 80% of the Casualties, Receives 1% of the Pentagon Budget

Marcus Aurelius: USAF Priorities — Relieve One Colonel of Command for a Waistline (He Passed the PT Test), Never Mind the F-35 Killing Pilots and Budgets, or Generals Who Cannot Win Wars….

Worth a Look: Recent Books on 10 High Level Threats

Worth a Look: Book Reviews on Institutionalized Ineptitude

Robert Steele: Mattis Resignation Most Helpful — Reaction of Congress Reveals Degree to Which ALL Members are Bribed and Blackmailed by Zionist Israel and US Military-Industrial Complex UPDATE 8

Robert Steele: Prime Suspects for NYT Op-Ed Are Kelly and Mattis UPDATE We Believe Woodward on Kelly & Mattis We Do Not Believe Slate on Huntsman

Yoda: Mr. President, You Are Being Lied to About Africa… Robert Steele: After the Elections: Fire Coats, Mattis, Sessions

Mongoose: The Syria Strikes Conspiracy Theory – 4 Minutes That Show Donald Trump, Rex Tillerson, and Jim Mattis to be Liars in a State of Treason

Penguin: General James “Mad Dog” Mattis, USMC, on Why “Too Busy to Read” Is a Moron’s Cop-Out on Leadership Responsibility