Tip of the Hat to Zero Hedge for flagging both of these.

Part II: 2020: The Year We Let Ourselves Be Infantilised And Dehumanised

It aims, under the cover of an “intellectual exchange program,” to steal , U.S. taxpayer funded research, and intellectual property from U.S. universities funded by the DOD, NIH, NSF, and other large federal funders. The CCP is succeeding at a rapid pace that threatens U.S. economic, and military security.

END_OF_DOCUMENT_TOKEN_TO_BE_REPLACED

Alert Reader has provided the following personal evaluation of the Zionism/Satanism threat to the USA and the world.  For information. It is our view that Zionism and the apartheid genocidal state of Israel must be eliminated and are never to be confused with the good people and adherents of Judaism, most of whom reject Zionism for the parasite that it is.

END_OF_DOCUMENT_TOKEN_TO_BE_REPLACED 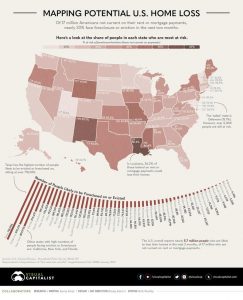 Article: Mapped: The Risk Of Eviction And Foreclosure In U.S. States

“Communist party branches have been set up inside western companies, allowing the infiltration of those companies by CCP members – who, if called on, are answerable directly to the communist party, to the Chairman, the president himself,” she said.

Phi Beta Iota: All this means is that the Chinese have very wisely devised their own strategic response to the centuries old practice of the Freemasons, Jesuits, Zionists, and Pedophiles as well as the Assasins.  No one does good counterintelligence, especially not corporations.  Time to fix that.