Big Picture. Mike Pence is being more directly accused of being a pedophile at worst or a cover-upper of pedophilia at best, at the same time that the President is starting to lose patience with him. The single best thing that could happen to the Trump 2020 campaign would be the removal of Mike Pence from the ticket — indeed from the office — and the substitute of a woman of color such as Dr. Cynthia McKinney.  A black female Vice President — in office — able to campaign — is a game changer.  Add #UNRIG to that and it is game over. 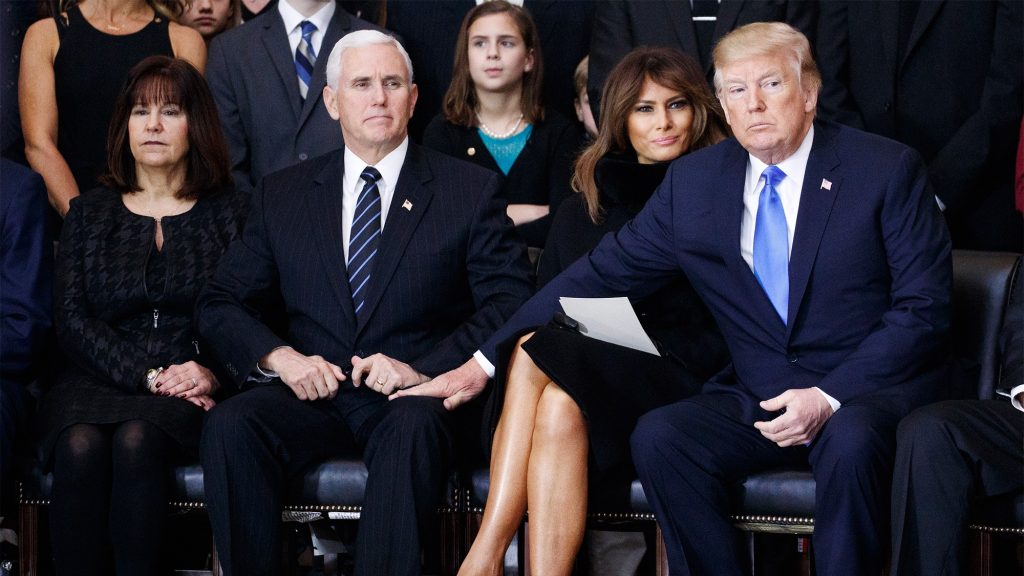 The body language readers are going nuts over this picture — Pence’s wife is very very angry; Pence is very very vulnerable; First Lady is bemused; and the President is touching Pence inappropriately which can be read at multiple levels.


Candidates. The ability of the President to raise money — including in California — is now proven beyond doubt. He appears on track to be able to outspend the Democrats. The question remains, will he open his heart to Independents, Libertarians, and #WalkAway?  We are not seeing that. Sanders unraveling, Warren ready to challenge Biden. Bernie Sanders self-destructs on Medicare for all bankrupting the country.


Demographics.  Do we really want to be spending $2B on 6% of the voters instead of empowering 100% of the voters toward ballot access and meaningful voice and vote? This might win in 2020 but it spells the death of the GOP beyond that. Warren rising among blacks? Not serious.

Election Reform/Electoral College. Advantage Trump — and if he explains to the morons on the East and West coasts that we are the United STATES of America and the Electoral College is supposed to give each of the fifty STATES an equal say in electing the President — he may do even better.


Impeachment/Investigations. On the one hand, there is zero chance of President Trump being impeached.  On the other hand, if he continues to fail to defend the US Constitution, continues to put Israel First instead of America First, and continues to embrace the rigged system that disenfranchises 70% of all eligible voters, then he is “in theory” ripe for impeachment.

Technology. Transparency is being offered on who is paying for what ads. The same cannot be said for how Google is manipulating search results to sway up to 20 million voters against Trump and Republican candidates.

“Trump Is Annoyed Pence Hasn’t Been Defending Him More”: Is Trump’s Long-Suffering V.P. in Danger of Getting Bounced?

Trump’s California fundraisers are drenched in cash — and secrecy

Warren shows signs of broadening her base

The astounding advantage the Electoral College gives to Republicans, in one chart

‘Feel free to leak this’: Inside the Pelosi-Nadler impeachment schism