Many of her fans suspect Jaynes may have been murdered by the vaccine industry, which has a long history of advocating criminal fraud, bribery and kickbacks, outlandish medical experiments on human children, coordinated science fraud and other heinous crimes.

Here is the book that led to her murder: 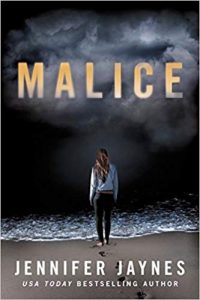 Dr. Daniel Winters is living a fairy-tale life. He has a beachfront home in Malibu, a career as a respected pediatrician at a thriving Los Angeles practice, and a gorgeous new wife, Mia. For a man whose past was rife with mental illness, addiction, and thoughts of suicide, it seems too good to be true.

Then Daniel learns that a fellow pediatrician and his family were found slaughtered in their home. It’s just the first chip in the facade of Daniel’s perfect life. Little by little, everything starts to fall away. At work, his career becomes at risk when he’s asked to remain silent about a dangerous new drug. At home, Mia has gone from an affectionate newlywed to a mysterious woman carefully hiding secrets—and possibly a lover.

Then, another doctor is found dead, and as Mia’s behavior becomes increasingly suspicious, Daniel begins to wonder: Is paranoia getting the best of him…or has his fairy-tale life become a nightmare worse than he could have ever imagined?

Phi Beta Iota: Justin Sather is saying that this is a false story being hyped for the wrong reasons.  We have no direct knowledge but trust Mike Adams enough to share the story along with the caveat.  What we do know is that the FBI is a theatrical agency that does not investigate the deaths of activists across 18,000 police jurisdictions.  They do not do pattern analysis and they do not confront the evil that is embedded in BigAg, BigPharma, etcetera.