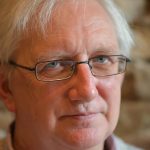 The FBI Has Been Lying About Seth Rich

A persistent American lawyer has uncovered the undeniable fact that the FBI has been continuously lying, including giving false testimony in court, in response to Freedom of Information requests for its records on Seth Rich. The FBI has previously given affidavits that it has no records regarding Seth Rich.