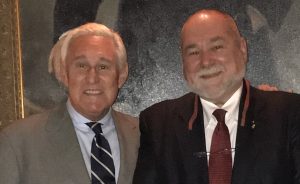 The below article is the best I have found on the extreme injustice that has befallen my colleague Roger Stone. The FBI is — like the CIA — increasingly a candidate for abolishment. The degree to which they — and Department of Justice officials “licensed to lie” by Barack Obama and the mediocrities he appointed as Attorney General — have subverted justice would in any normal country warrant a firing squad for at least a dozen of the worst offenders.

It is my hope that Attorney General Barr will find a way to fire all 1,000 plus people with the temerity to call for his resignation, and that together he and the President will indict, arrest, convict, and put into jail the ringleaders and enablers behind the Russian Witchhunt that I accurately called out on 30 December 2016.

SPECIAL: Sidney Powell Hands the FBI Their Ass — Flynn Case is OVER!