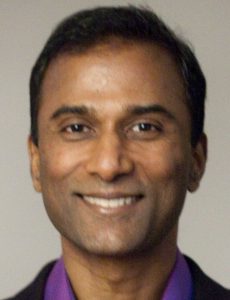 RE: Immune and Economic Health for America

This letter provides your Administration a solution to restore the immune and economic health of the American people. This solution can be executed immediately in a low-risk and cost-effeective manner.

The current trajectory of Dr. Anthony Fauci’s public “health” policy will result in the short- and long-term destruction of our citizen’s immune health as well as the nation’s economic health — perhaps a conscious and intended goal.  Dr. Fauci’s policy, at best, is based ona 1950’s outdated “one-size-fits’all,” non-personalized approach to medicine and public health; and, at worst is derived from a “fake science” understanding of the immune system — one, which Dr. Fauci, over five decades, has perpetuated, an exploited to build his career. [Emphasis added.]

ROBERT STEELE: Fauci should be fired (along with Pence and Birx), and Gates, CDC, and WHO should all be under investigation along with foreign actors including the British (the same ones behind the Trump Dossier) who fabricated the Imperial College study that lied the President into catastrophic decision-making because CIA does not do holistic or health analytics.

The President needs to follow his instincts and educate the country back to work from Good Friday (also Passover) 10 April through resurrection on  Easter Sunday 12 April and on track from 13 April 2020. To do that he needs to parade before the public all of us that got it right in the first place including Dr. Ayyadurai (who merits the President’s support in his Republican run against Elizabeth “Pocahontas” Warren in Massaschusetts),  Dr. Ron Paul, Mr. Martin Armstrong, and so many others.

The President was set up by CIA, the GOP (run by a Romney relative who secretly despises Trump and has forbidden GOP precincts from filling vacant seats with Trump supporters) and everyone else including the NSC which does not do grand strategy, holistic analytics, or true cost economics.

To meet his timeline, he MUST go full court on educating the public between now — 27 March — and 10 April. He must also bring to bear the full force of the law against all media that continue to do fear-mongering — and act of treason in a time of war — and demand that all deaths be accurately reported including all deaths from all causes, not just the flu.

Corona virus as I and others have been saying for some time now, is nothing more than a flu variant. Vaccines are not only not the solution, vaccines kill more people than they protect and they don’t really protect. This entire mess may be a   gift from heaven. Metaphorically speaking, it is time to put WHO, CDC, Bill Gates, and BigPharma to death.

Wayne Jett: Donald Trump Could Smash the Deep State and End the 1901 Plan, Perhaps As Early As Good Friday (10 April 2020)

The Unz Review: The Senate’s Coronavirus Relief Package Must be Stopped!