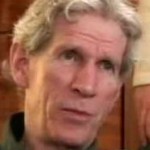 Under FBI orders, Facebook and Google removed American Herald Tribune, an alternative site that publishes US and European writers critical of US foreign policy. The bureau’s justification for the removal was dubious, and it sets a troubling precedent for other critical outlets.

ROBERT STEELE: I used to publish in the American Herald Tribune, one victim of the FBI’s idiocy. Now I publish in Tehran Times, which the FBI also tried to de-index, but evidently that was over-ruled. The idiocy of the FBI continues under Christopher Wray, who is — along with Gina Haspel — overdue for firing. The President must defend the US Constitution (especially 1st, 2nd, 4th) and he must demand that there be no impediment to the sharing of truthful information.  The FBI fails us, again.