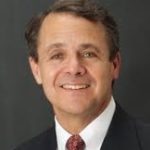 The CIA Versus the Kennedys

“… Kennedy Jr. stated that his grandfather, Joseph P. Kennedy, had served on a commission that was charged with examining and analyzing CIA covert activities, or “dirty tricks” as Kennedy Jr. put them. As part of that commission, Kennedy Jr stated, Joseph Kennedy (John Kennedy and Bobby Kennedy’s father) had determined that the CIA had done bad things with its regime-change operations that were destroying democracies, such as in Iran and Guatemala.

After CIA and all other secret agencies including NASA are trimmed to 30% of their current size, the remaining pieces should be consolidated under a restored Director of Central Intelligence — Mike Flynn has my vote — and we should focus on the core value of intelligence: decision-support using mostly open sources; and absolutely ruthless counterintelligence able to execute traitors, elite pedophiles, and white as well as black and red collar criminals on the streets, overnight, without the legal protections afforded citizens. Its  time we treat the ground war here at home for what it is: a ground war within our borders against enemy combatants that have bribed or blackmailed almost every governor, legislator, judge, prosecutor, chief of police, and sheriff across the country.

The Open Source Agency can do most of the sense-making and also be responsible for creating Web 3.0 as a foundation for an informed engaged democracy that re-enfranchises the 70% now blocked by the two-party tyranny.