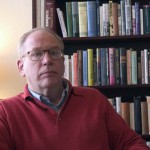 Is this a remake of 1941 Hitler-Stalin great war?

On behalf of the Powers That Be, World War II was orchestrated by the circles of the City of London and of Wall Street to manoeuvre two great obstacles — Russia and Germany — to wage a war to the death against each other, in order that those Anglo-Saxon PTB could reorganise the world geopolitical chess board to their advantage.   . . .

That Anglo-American global condominium ended, by design, in 1989 with the collapse of the Berlin Wall and the disintegration of the Soviet Union by 1991.

Around this time, with the onset of the Bill Clinton presidency in 1992, the next phase — financial and industrial globalisation — was inaugurated. With that, began the hollowing out of the industrial base of not only the United States, but also of Germany and the European Union. The cheap labour outsourcing enabled by the new World Trade Organisation drove wages down and destroyed one industry after the next in the industrial West after the 1990s. It was a necessary step on the path to what GHW Bush in 1990 called the ‘New World Order’. The next step would be destruction of national sovereignty everywhere. Here the USA was the major obstacle.   . . .

China:2025 combined with Xi’s strong advocacy of the Belt Road Initiative for global infrastructure linking China by land and sea to all Eurasia and beyond, likely suggested to the globalists that the only solution to the prospect of their losing their power to a China global hegemon would ultimately be war, a war that would destroy both nationalist powers, USA AND China. This is my conclusion and there is much to suggest this is now taking place.

ROBERT STEELE: I missed this when it first came out in August. An Alert Reader sent it along with the suggestion that I comment.  The author, a brilliant observer, has everything right up to the above paragraph. He then falls short by assuming that Xi, Trump, and Putin are not far ahead of the globalists and all on the same page with respect to the defeat of the globalists.  I know from multiple sources that CIA under the control of MI-6 and the Mossad — and the twelve US citizen Zionist billionaires who funded 9/11 and pedophilia entrapment across the USA also funded Walmart and all manner of job and technology expert to China.  All Presidents since the assassination of JFK have been complicit, particularly the two that can be said to be absolute creations of the CIA as controlled by MI-6 and the Mossad on behalf of the City of London and Wall Street: George H. W. Bush and Bill Clinton.

What I am seeing — note that I broke the story on the denuclearization of North Korea,  the unification of the Koreas, and later, of the new Jewish Autonomous Zone in Manchuria adjacent to the Jewish Autonomous Oblast in Russia — is absolute synchronicity among President Donald Trump, General Secretary Xi Jinping, and President Vladimir Putin. I have also speculated as to the importance of the Supreme Leader of Iran, Ali Khamenei as a fifth member of this Special Access Program (SAP) far far above the blithering idiocy to be found at the Cabinet at mass media or think tank level.

Now we all wait for 3 November, which in my view is a global election pitting nationalists against globalists, good versus evil, the public versus the elite. I expect President Trump to win, and immediately thereafter I expect over 100 if not more Members of Congress to resign under a deal in which they get to walk as long as they get out of the way. I have repeatedly asked the President via various channels to demand #UNRIG Electoral Reform Act legislation such that Sandernistas, Independents, Libertarians, Greens, and Constitutional Party candidates can achieve a fair share of Congress and Congress can never again be dominated in either chamber by one of the two-party  tyranny, nor can Members be bribed and blackmailed — often with pedophilia videos if not outright extortion includiing the feeding of someone into a wood chipper before their very eyes.

The times have changed. What I am NOT seeing from President Trump apart from the obviously needed #UNRIG deal with the third parties and Independents, are two others things essential to his being the greatest President ever:

01 Take the $100 Trillion from Wall Street with civil & criminal forfeiture and be obvious about it. If they don’t agree execute them in the night.

02 Implement the Open Source Agency and execute my vision for using Open Source Everything Engineering (OSEE) combined with holistic analytics and true cost economics for create a localized self-sustainable economy at the county level at a fraction of the cost of the failed globalist model that is 50% waste, 90% profit for the banks, and mostly toxic for the public.

In passing I would like to see NSA weaponized against every traitor, elite pedophile, and white collar criminal down to the Fairfax County Board of Supervisors. Let’s process all that good stuff we have, do the pattern analysis, examine the financials, and run out of office on a rail anyone who has allowed themselves to be bribed or blackmailed into disrespecting the 1st, 2nd, and 4th Amendments. This would naturally including all those who have accepted bribes or blackmail/extortion from MI-5, MI-6, CIA, FBI, or the Mossad to pass laws that are clearly insane and put England or Israel  First.

The lines are drawn. China, Iran, and Russia are not our enemy. England and Israel — at the elite level, not the public level — are our enemy and they are deep inside our borders doing very horrible  things to small children while manipulating all too many of our federal, state, and local officials.