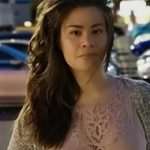 The Origins of America’s Secret Police

When will the American people realise that the biggest threat to American freedom is not from without but from within its very own walls, where it has been prominently residing for the last 112 years…

If one is to understand what constitutes the “Morals and Dogma” of such a membership, to which Hoover entered the inner most circle, it will become clear that not only does the Rite act as an opposing church to Christianity, but that pledging one’s allegiance to this secret society is understood as coming before all else in this material world, including government and country.

Phi Beta Iota: The CIA and the FBI have both demostrated their loyalty to foreign powers and to domestic terrorists including  the Freemasons is higher than their loyalty to the Constitution and the Republic.

RELATED (and by the same author):

Treason in America: An Overview of the FBI, CIA and Matters of ‘National Security’

Today we see the continuation of the over seven decades’ long ruse, the targeting of individuals as Russian agents without any basis, in order to remove them from the political arena.