I have watched in awe as the Deep State has combined financial influence with censorship tools pioneered by the Anti-Defamation League (ADL) to make every form of software including Microsoft Office subject to “hate speech” termination without regard to the Constitution, Title VII, or the Communications Decency Act that indemnifies platforms provided they do not censor — if they censor they become publishers. To have  the President of the United States deplatformed by Twitter and Facebook, and to have a defense of liberty by Ron Paul declared to be “sedition” is in my view either America hitting bottom without hope or the absolute best scripting of the Wrestlemania drama possible, and a prelude to a complete make-over of how we might place information technology in service to humanity as a utility, rather than making humanity the “chicken” (a Satanic pedophilia term”) whose “data” is harvested with impunity, without any regard for individual anonymity, identity, privacy, or security.

Below is my email to Charlie Ward and Simon Parkes as just sent.

While I  was dismayed by Jordan Sather’s being so disrespectful of the three of us in his Gab post, accusing us of being liars fabricating stories for personal gain, I don’t think he is mean-spirited or stupid, he is just immature.  He lacks our life experience, has no accomplishments to speak of other than being a truth seeker whose past efforts I have applauded, and simply does not know what we know — or who we know.  His attack on us caused me to reflect and I have concluded that the three of us together represent a critical mass and we are all now subject to attack inclusive of false leads, counterfeit personalities seeking interviews, and more.

Steinbart has been alleged to be a fraud by my Anons, we need to be careful. 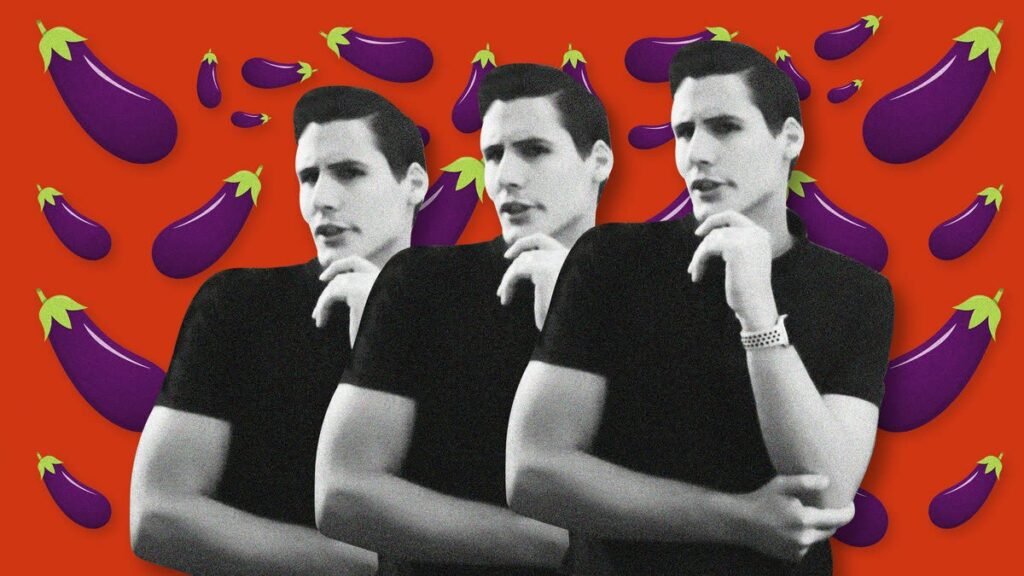 Man Known as BabyQ Is in Trouble for Using Synthetic Penis

Daily Beast is good at hit jobs, but this guy has been alleged to be a fraud multiple times over.  I believe that you and I and Simon are now being hit with a divide and conquer strategy.  The combination of the three of us, each unique in our own way, has scared some people.

and then there is this:

I know it distresses you to have short burst conversations instead of long measured conversations but that is what my world needs now and as you can see, when the three of us do a quick round robin, it goes viral including massive copies by other channels wanting to use us as click bait.

I also think you are being played, “Q” is a team of people and they are explicitly forbidden outside communications. I believe you are a totally earnest individual who has to balance MI-6 bullshit about China with what you are seeking to communicate, and I totally embrace all that Sacha Stone has told me about your qualities and I am proud  to know you and to have your pyramids in my wife’s home (I am technically unemployed and homeless).  I believe it reduces your effect in some circles to make any mention of a direct communication from Q, you are IMHO at best talking to an Anon who is putting on airs.

There is ENORMOUS trolling going on, including fake photos, false reports on President speaking and so on.  I made two mistakes this week: I accepted  from Juan O. Savin (P) a photo from India with Pompeo that was falsely billed as a photo of Pompeo in Italy at the arrest of the Italian President; and I accepted a John Mappin of Camelot Castle announcement of a presidential speech to take  place that did not, at face value.  I have recovered from both.

I am seeing FAKE Parlers from both Trump and Lin Wood, the key to recognizing the fake is that they are an IMAGE rather than a link to Gab.  Each of us needs to be very careful in this final week.

Please be advised I am under MASSIVE attack in two ways: over 7,500 attacks a day against my websites, some of these attacks are extremely sophisticated CIA Mossad level attacks; AND an army of trolls is trying to get my funding and internet service providers to cut me off, claiming I am inciting hate speech and violence with my publication of the pedophilia series that is free online at https://pedoempire.org. I did not research nor write any of this material, and all proceeds go to the author from Amazon, but I can see that Book 4 on North America appears to have scared the shit out of the Deep State in as much as it went to 428 in the world within two days of publication and is now settled in the 600s.  This is not normal.  Satanic pedophilia is no longer a taboo topic.

I am represented by one of the top law firms in the USA, and we are doing on-going discovery as these defamatory, and tortious interference allegations come in — they are also cyber-stalking, another federal felony.  Eventually we will have enough to file a federal lawsuit against the sponsor, whom I believe manages the same organization that has attacked me before, and who is an alleged murderous pedophile being blackmailed by a certain party in DC who knows where the kill rooms are. The organizers are wrong to think that I cannot bring to bear all necessary legal discovery against them as we systematically collect the identity of each individual attacking me by filing false reports to third party service providers.  All individuals defaming me and seeking to interfere with my legitimate educational operations will be named in the new lawsuit as defendants. I will survive them; and while I am hugely committed to truth & reconciliation, they will not survive me if they persist with defamation, cyber-stalking, and tortious interference against my legitimate endeavors.

I am told that 300,000 US military small unit leaders have  envelopes with instructions and they might be ordered to execute today or tomorrow.  I do NOT  know if this is true, am waiting for Savin to get back to me.  The team is reassembling in DC today or tomorrow, so I do pray things are about to pop.  I think it would be a very serious mistake to allow Biden to be inaugurated because that would cause the one third of our generals who are waffling to be joined by another third and lose military momentum.  Having said that, since Charlie Flynn got his fourth star and is likely to be Chief of Staff of the Army, and the President has Space Force, SOF, and NSA, that is four aces in my view.

Note: Simon has assured me — and I believe him — that he is not now in contact with MI-6. His potential assignment to Arizona suggests that he would be working for the US Army at Fort Huachuca or an affiliated office in Scottdale. Those seeking to divide me from Simon and Charlie — or seeking to take my websites down — will not succeed. I strongly suspect that Simon was confusing a very senior Army intelligence official with Q and created this confusion with the best of intentions. 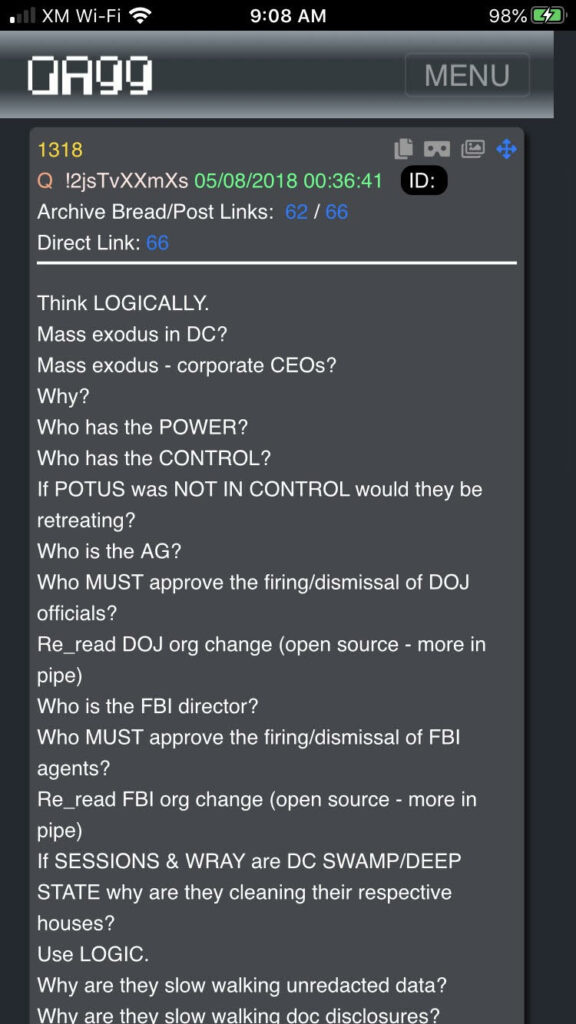 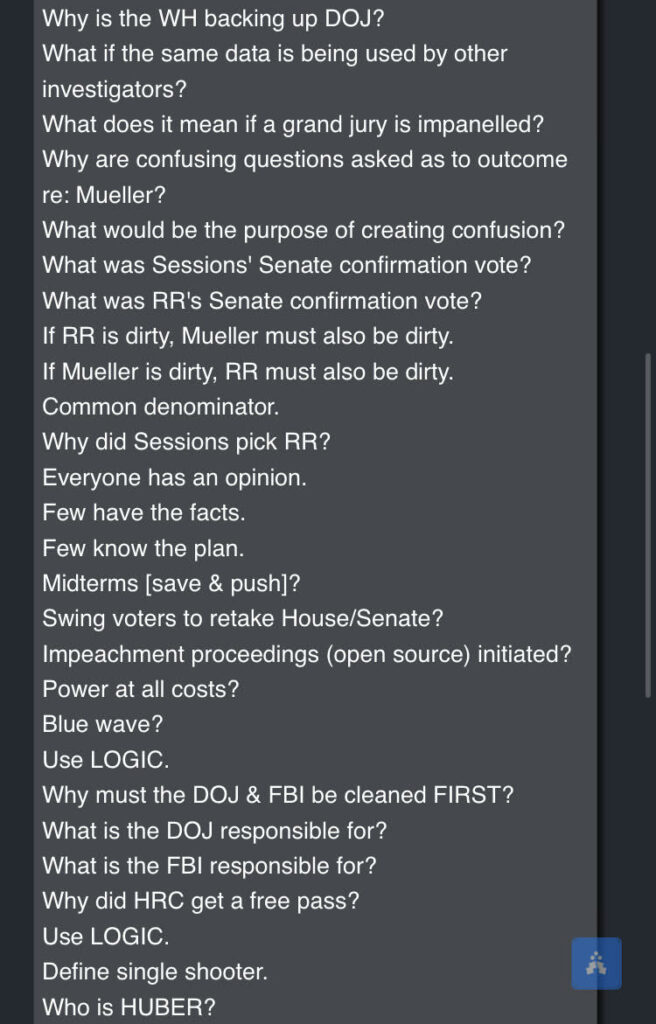 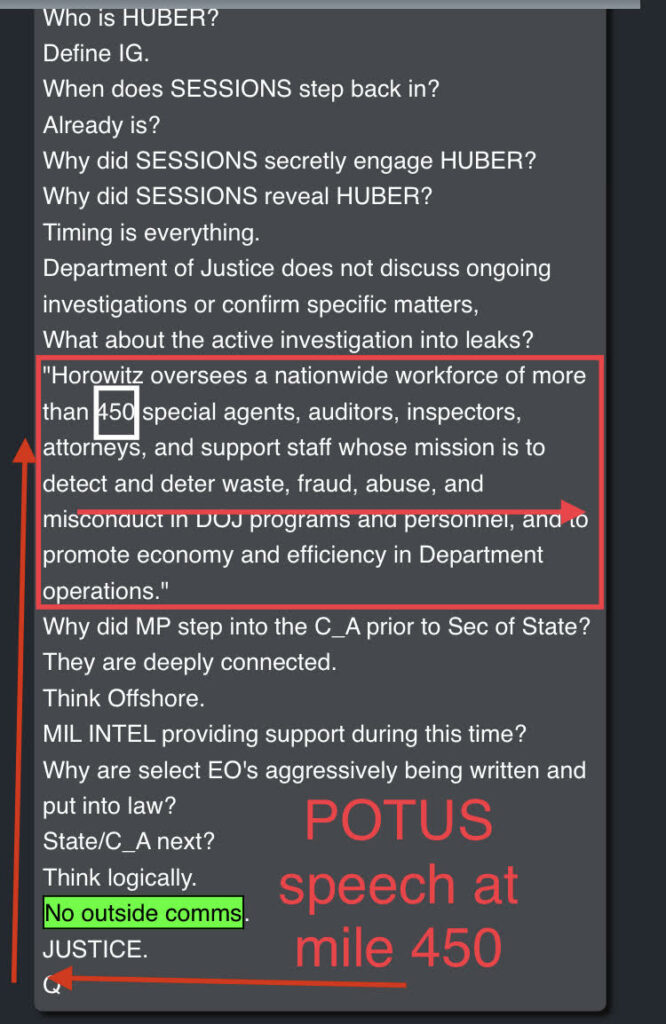 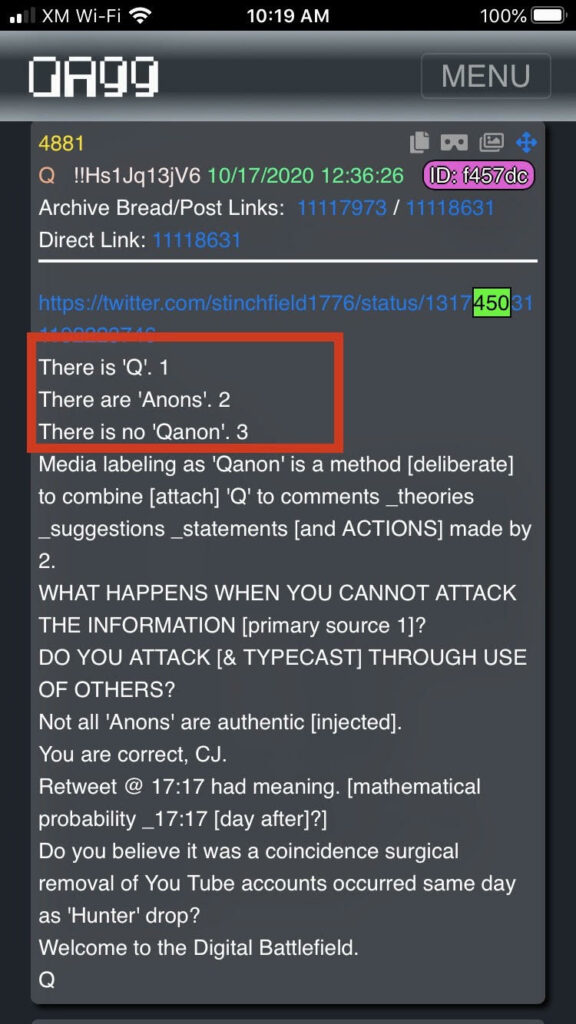 Sample of an attack on Simon: