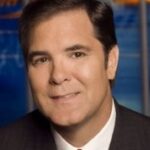 Climate engineering researcher Dane Wigington says the big snow storm that hit Texas and much of the south is nothing short of weather warfare.  Look at the snow that won’t burn in video after video.  It’s synthetic, but the mainstream media (MSM) is telling you this is a “hoax”.  This is anything but normal.  Wigington says, “The bottom line in regard to the flash freeze that Texas was just hit with, we can debate the agenda behind these operations, but the fact that this was not an act of nature is beyond scientific question. . . .