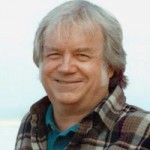 [Truthers aka] Conspiracy Theorists are Investigating Crimes: No wonder they want to silence us!

The CIA’s denigration of citizen investigations may be the greatest Psyop in American history.

When you stop to think about it, why should anyone be opposed to new research on the assassination of JFK, the atrocities of 9/11, the death of Sen. Paul Wellstone, or the shooting at Sandy Hook Elementary School? After all, if the “official narratives” we have been given by the local, state and federal authorities were true, then those who are doing research are simply “spinning their wheels” in a pointless endeavor, because the truth is already known! So if those who are doing this research are being subjected to one attack after another–think of Jim Garrison, New Orleans DA, who wanted to establish the who, the how and the why of the death of JFK, but was even lampooned by Johnny Carson on The Tonight Show–you have to ask, “Why?” He was getting too close to the truth so they used Johnny to shut him down.