Part one of our story focused upon the creation of these institutions and their methods of penetrating their networks throughout influential institutions of Canada from 1865 to 1943, and the evolution of the Round Table into the Royal Institute for International Affairs (RIIA) in 1919. American branches were created in 1920 with the Council on Foreign Relations (CFR) and Institute of Pacific Relations, while a Canadian branch was established in 1928 with the Canadian Institute for International Affairs (now renamed the Canadian International Council.

Key Canadian patriots resistant to the Round Table’s plans for global governance during the 1920s-1940s were also introduced in the form of “Laurier Liberals” O.D. Skelton and Ernest Lapointe, both of whom aided in influencing the highly malleable Prime Minister William Mackenzie King towards the Canadian nationalist cause, greater cooperation with American Patriots such as Franklin Roosevelt and away from the RIIA’s plans for world government under the League of Nations. With the mysterious deaths of Minister of External Affairs Skelton and Justice Minister Lapointe in 1941, all such resistance melted away and Canadian foreign policy become fully infected by Rhodes Trust/ Fabian agents.

This second segment will address the important 1945-1972 destruction of humanist potential leading up to the reforms implemented by Round Table-assets Lester B. Pearson and Pierre Elliot Trudeau in their role in advancing Lord Alfred Milner’s program for a new synthetic nationalism and Malthusian revival for global de-population. Understanding this story is vital if one wishes to fully comprehend the essential character of the institution which has come to increasingly be dubbed ‘deep state’ in recent years.

Click here for Part II of the Origins of the Deep State in North America: Milner’s Perversion Takes Over Canada (1945-1972) 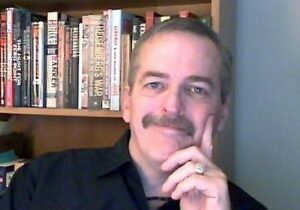 Regular readers here may recall that some weeks ago I blogged about Klaus Schwab, the perpetually scowling figure who heads the World Economic Forum. I noted at the time that Schwab seemed very much like the character of Dr. Ernst Stavro Blohfeld, the fictitious villain and head of SPECTRE (Special Executive for Counter-intelligence, Terrorism, Revenge and Extortion) from the James Bond films.

We may find that there have been several civilisations on earth before our current one … once we start to appreciate and learn to read the signs that were left behind. Anyway, here are the remnants of one located at the Southern tip of Africa that pre-dated ours by more than a hundred thousand years.

The remains of a 200,000 year old advanced civilization found in Africa

END_OF_DOCUMENT_TOKEN_TO_BE_REPLACED

Phi Beta Iota: An equivalent graphic focused on individual violence fostered by the 1% against the 99% (both physcial-economic and psych-social), would including the USA at an ORANGE level.