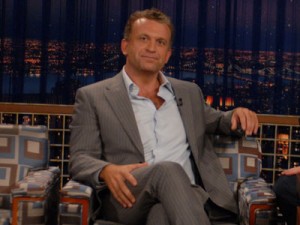 The American people have been taken hostage to a broken system. It is a system that remains in place to this day. . . . . . . .

It has become startlingly clear that we as a country, and I as a journalist, had made a grave error in affording those who built and ran those banks and insurance companies the honorable treatment of being called capitalists. When in fact the exact opposite was true, these people were more like vampires using the threat of Too Big Too Fail to hold us hostage and collect ongoing ransom from the US Government and the American taxpayer.

This was no unlucky accident. The massive spike in unemployment, the utter destruction of retirement wealth, the collapse in the value of our homes, the worst recession since the Great Depression all resulted directly from these actions.

Phi Beta Iota: The following accompanied the story: “Ratigan departed CNBC last spring under circumstances many believe were not he result of his contract coming up for renewal but because  he started speaking out against what he was seeing from his perch at  CNBC.”  Our own comment: had John McCain listened to his better angels instead of the Bushies bent on wrecking the Straight Truth Express, he would be President today.  All he had to do was respect the inherent common sense of the House conservatives and tell President Bush (Junior): “over my dead body will you bail out Wall Street.”  See ELECTION 2008: Lipstick on the Pig for our October 2008 recommendations, as well as the prefaces by Senator Bernie Sanders (I-VT), Thoma Hartman, Tom Atlee, and our own “Paradigms of Failure.”  America is a wreck because we have given up our Integrity.  All it takes is one simple fix: the Electoral Reform Act of 2009.