How the Oligarchs Took America 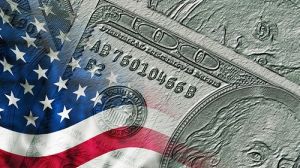 Creating a country of the rich, by the rich, and for the rich.

There is a war underway. I'm not talking about Washington's bloody misadventures in Afghanistan and Iraq, but a war within our own borders.  It's a war fought on the airwaves, on television and radio and over the Internet, a war of words and images, of half-truth, innuendo, and raging lies. I'm talking about a political war, pitting liberals against conservatives, Democrats against Republicans. I'm talking about a spending war, fueled by stealthy front groups and deep-pocketed anonymous donors.  It's a war that's poised to topple what's left of American democracy.

Phi Beta Iota: A detailed and devastating article that recommends the book, Winner-Take-All Politics, and places the beginning of today's economic divide with President Jimmy Carter, not Ronald Reagan.  We place it further back, in the 1920's, when Carnegie and Rockefeller structured the role school system and also oversaw the destruction of all public transportation systems they could buy and then liquidate.  It provides details on the specific organizations and their leading lights unleashed by the Citizens United decision of the Supreme Court, and decision that in our view should suggest the need to first fire Congress and then pass legislation overturning all Supreme Court decisions permitting corporate “personality” and its requisite privileges that could be reserved for individual citizens.