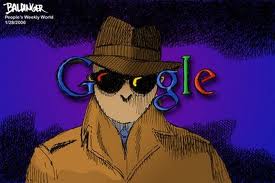 Phi Beta Iota: Google is to modern cyber-space as Standard Oil & ATT were to previous monopolies.  It is doing great evil, no least because it enables violations of the Constitution at the same time that it fails to contribute to an educated citizenry (sense-making).  Its computational mathematics are out of this world and neither understood nor regulated–Google can sell the right to show any searcher what the sponsor wants them to see, not what is relevant. 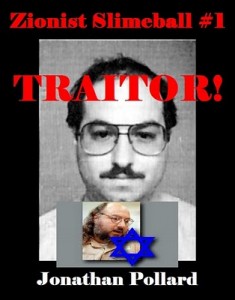 Former CIA Director Issues New Call For Pollard’s Release. Former CIA Director R. James Woolsey today called on President Barack Obama to commute the sentence of Jonathan Pollard. Although Woolsey has in the past called for Pollard’s release, his statements today are particularly noteworthy due to the clarity of his comments and his direct call on the President to free Pollard. As the head of the Central Intelligence Agency, Woolsey was privy to Jonathan Pollard’s classified file and reviewed all the details of his case.  Woolsey served as Director of Central Intelligence and head of the Central Intelligence Agency from 1993-1995 under President Bill Clinton. In addition, Woolsey has served as Under Secretary of the Navy and as General Counsel to the U.S. Senate Committee on Armed Services.  Read more…

Phi Beta Iota: Woolsey joins Joe Lieberman as a servant of Israel, along with all the dual US-Israeli citizens with Top Secret clearances that routinely violate their oaths to the Constitution and betray the US public interest on behalf of a genocidal regime whose atrocities against the Palestinians shame all Jews and the US Citizens whose tax dollars enable this continued atrocity.  Pollard is a traitor–any President with integrity would tell Israel that the next time they mention his name Pollard will be turned over to them–in a box–at the same time that we expel the Israeli Embassy and replace it with a foundation in memory of the USS Liberty crew murdered with malice aforethought by Israeli’s.  Their battle cry is “Shiksas don’t count.  Anything goes against the USA.” 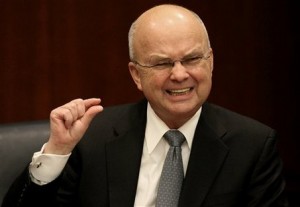 Six Things that Worry the Former Director of the CIA, General Michael Hayden. Retired Air Force Gen. Michael Hayden, former director of the CIA, spoke the other day at Johns Hopkins University’s Rethinking Seminar about six security concerns that would keep him up at night were he still in the government. All six, he said, have a degree of imminence to them:  1.  Proliferation; 2.  China; 3.  Cyber; 4.  Mexico; 5.  Terrorism; 6.  South Asia.  Read more…

Phi Beta Iota: Mike Hayden means well, but Bill Odom is right–he is representative of the broad intelligence community leadership that gets ahead by “going along” without deep thought.  His list is representative of both his own personal shortcomings as a strategic thinker, and those of the US intelligence community that is lacking in a strategic analytic model and totally oblivious to the real needs of Whole of Government as well as Whole Earth intelligence.  LtGen Brent Scowcroft, USAF (Ret) is representative of more serious thinkers with integrity, and was the US representative to the high level international panel that identified, for the first time and in priority order, the top ten threats to humanity: 1.  Priority; 2.  Infectious Disease; 3.  Environmental Degradation; 4.  Inter-State War; 5.  Civil War; 6.  Genocide;  7.  Other Atrocities; 8.  Proliferation; 9. Terrorism; 10. Transnational Crime.  We are reminded of 1992, when the Marine Corps proposed National Intelligence Topics (NIT), moving two thirds of them away from the Soviet Union and toward unconventional and Third World threats.  This was stone-walled.  The US Government has learned NOTHING since then.  We are long overdue for intelligence leaders with the integrity–and the personal intelligence–to actually be useful to the President, Cabinet officers down to the action/desk level, Congress, and the public.  What we are doing now is expensive, futile, and a disgrace.