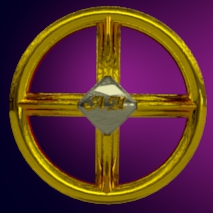 Phi Beta Iota: At the end (below the) line links are provided to the appearance of the Obama birth announcement in two Hawaiian newspapers, and links to the Kenyan forgeries.

Hi Everyone, Obama realized his supposedly real birth certificate today after years of refusal and coverups.  This should have been required for him to even run for office.  Now, being his Father is from Kenya, he is still not a natural born citizen, both parents must be citizens (and not dual citizens) of this country. Case closed right there, but lets continue.

Here’s the link to a copy of the released record.  http://www.whitehouse.gov/sites/default/files/rss_viewer/birth-certificate-long-form.pdf

Now most states, and I would assume ALL of them, do not issue official certificates except on birth Certificate green paper, OK, its on that, but these are not OFFICIAL copies unless also bearing the raised seal.  This does not have any seal, let alone raised.  In my state, this is LAW and since all states have been corporations tied to Corp US of A since 1971 at the latest, I assume this is true in all states.  I actually looked at my photocopies of family Real copies birth certificates I made this morning, and it clearly says to be official it MUST have a Raised Seal on it.

Now some other issues:  The Father is listed as “African” as the “race.”  I am sorry but African is not a word denoting RACE.  And back then we didn’t use the word Black even.  The word used was NEGRO or NEGROID.   His father is very obviously NEGROID.  So a big fail here. They always let you know if you look.  There are caucasian and oriental folks who are also “African.”

Also, at this link are images of real certificates of twins born one day AFTEr Obama.  Yet his has a higher number???????   Also the dates at the bottom of the released copy today do not match the type setting of the dates on the Twins certificates.  NordykeTwinsBirthcertificate.jpg 800×515 pixels The dashed line is missing.

Someone needs to determine if the registrar name and signature is real also. And another thing, this appears as to the signature of his mother to be directly lifted off of other papers with her signature on the web.  That was GLARING to me. The first thing I noticed, as I researched this once and I will again today.

Now also of interest is this article from a Kenyan Newspaper in 2004. Kenyan-born Obama all set for US Senate

During this long investigation which I have covered in the past here,  there was a copy producted by that Russian lady, dentist/lawyer.  I am not remembering her name today, but of course that one was immediately debunked, but really, was it?

If this wan an honest show, we would not have had this very late BC issued in the first place. And this is a lesson for all states to VET anybody running as to their birth and citizenship.  Daddy Bush was born in Germany.  And adopted here, and the adoption is not a nature born citizen either.  And that amendment that makes ones a citizen by being born on American turf was never the intent of the framers of the consititution.  It was stated back then, that children for example, of political folks, envoys here were not citizens of this country.  And Obama’s mother was also too young.

Now the other game I like to play, this is my thread running on GLP (current thread on the topic, I have made 2 others that I am aware of)  Obama HEAD scars which Obama?  There are at least 4 of them, and at least 2 of them have massive head scars near as I can tell.  And one of those with head scars was on TV this week, wearing the darker hair but you could see the scar running over the left ear in it.

Americans must rise up and demand the truth about all of this!  Many of these obama’s are significantly different from the child hood and young adult pics posted on the net.  These various obamas have different ears, different shoulders, different body builds. And there is the famous video of Osama/Obama you can view here. http://www.youtube.com/watch?v=KoXWPIiQrN0&feature=player_embedded which is at least interesting to ponder.  The real Osama was killed or died in December 2001.  So they have been using actors since.

OH, on editing, this copy posted today on the .gov site, has little pencil marks on several lines????? And one better make sure that signature of the Hawaiian Registrar on the 25th is a legal handwritten signature, because it looks like a STAMP to me, it is irregular looking anyway.  It needs to be original and it just doesn’t look that way. Especially in THIS CASE. IS that REALLY HIS Signature?  Look at the A, looks like it has a little eye, nose and mouth on it.  Does he normally sign this way?  This is not a clear A.