Phi Beta Iota: A young man sought advice on whether to join the US secret intelligence world despite its many ethical issues and poor leadership.  Below is the answer as provided to us by Robert Steele, to whom the email was addressed.  The inquiring email is below the line. 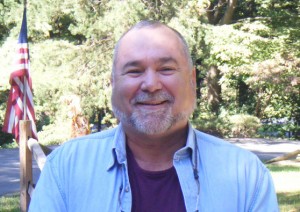 This is simple.  Continue with your plans to apply for a position with the US Government in secret intelligence.  The easiest is via the military as an officer, and frankly, I recommend that because it gives you a unique grounding as a young leader, an understanding of the military mind-set, world travel, etcetera.  Joining CIA directly if they take you (they are moderately desperate) has its prospects, but on balance, I would recommend that you invest four years as an officer on active duty, followed by four to eight years at CIA.  Treat it as FUN, and a reality learning experience.

As simply as possible, as bad as they are, there is no substitute for the real experience and it is a privilege to work in secret intelligence, completely irrespective of how unethical and reality stupid its leaders might be.

I do NOT recommend the FBI, nor do I recommend the private sector.  Think in terms of a 30-40 year career.  Getting the clearances is much easier if you go in to government first, and they are worth $20K a year above and beyond normal salaries, should you choose to stay in the secret world.

1)  One day we will create a Smart Nation, and those who fully understand both the benefits and the pathologies of secret intelligence will have an important role to play.

2)  If you keep your own integrity, and treat this as a learning and observation experience, the loss of integrity by the US intelligence community leaders should not dissuade you from undertaking what is sure to be one of the most satisfying experiences of your life.  Illusions and pathologies aside, secret intelligence is as cool as it gets, you will learn a great deal, and it will make you stronger for the future.

Happy to answer any additional questions.  As long as you keep it in perspective, if you can get in, you should.

I first came across your work after linking from a book review you posted on Amazon several months ago. I found your opinions exponentially more grounded and practical than any other member of the intelligence community I’ve yet to encounter. And as I’m sure you are aware, skepticism often supersedes forming a positive perspective of any person or idea due to the overwhelming volume of those who wish to purposefully mislead and exploit to advance their own interests, or the interests of their superiors.

I am currently finishing my undergraduate work in International Affairs and foreign policy studies at a school in America, and I’m writing you today with the intention of gaining any possible advice from someone with experience such as yours, that I am unfortunately unable to be exposed to in my area and social network. I started my coursework intending to apply it to an opportunity within a sector of the intelligence community if I were ever lucky enough to stumble upon such an offer, but as of late, I have begun seriously reconsidering my aspirations.

I often spent days pouring over firsthand accounts of ex-agents such as Rob Baer and Michael Scheuer, and examining their claims through referencing multiple historical documents and literature to ensure I was establishing a concise mindset as to how our country operates in the spectrum of foreign policy and diplomatic relations. The more I researched, the more these events seemed to take on unnecessary complexity in determining a solid conclusion of what really happened.

Granted, I was prepared for such barriers to a certain extent, although the far-reaching depths of the internet often only steers my research down a rabbit hole riddled with paradox, delusion, and manipulation by anonymous parties who appear confident in their claims that appeared to be polar opposites of what I had concluded to be, more or less, the truth of the matter. And as of today, the deceptive nature of what I had long justified to be necessary in the scope of defending intelligence work has shown itself to be overwhelmingly in support of not our nation, but those who are in positions to benefit from deceiving the American people without any regards to establishing a moral, just society.

This realization has put me in a progressively difficult position to rationalize continuing my dreams of working in such a field. I am pestered by the fact that my disdain for the actions of the USG are often interpreted as disdain for my country. I believe you of all people are aware that this is not the case, and that the methods these agencies implement in terms of intelligence collection, foreign relations, and overall survival of their careers are often incomprehensibly off-base and detrimental to those who they are expected to be defending.

I have been looking into private intelligence, although I am often weary of such an industry considering the reputation of private security contractors and those who are most inclined to gain from the lack of oversight involved in the business. Your work on Open Source Intelligence is, to put it lightly, the single concept that has kept me from abandoning all of the effort I have put into getting where I am today.

I believe I may simply be far too disillusioned with the federal intelligence community to pursue a career with them any further, and my moral compass alone tells me I am better off looking elsewhere. If you have absolutely any advice for someone in my position, I would be grateful to hear it. I am at odds with myself over this predicament and lacking the proper guidance has essentially kept me from determining where I’d like my future headed.

Thank you for your time,
Anonymous