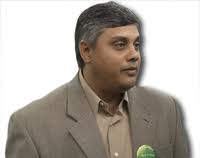 The Days of “Manager Knows Best” Are Ending

As companies resolve these issues, management styles will evolve. The days when a leader can confidently say “I know best” will come to an end. Managers will no longer be able to communicate with just a small circle of trusted advisers — they’ll be expected to interact digitally with a much broader range of people both inside and outside the company.

Not every company will be pleased by this turn of events, of course, but those that embrace it will have new competitive opportunities. With knowledge flowing more freely throughout the organization and decisions being made more quickly, the company will be able to react more nimbly to the ever-increasing pace of change.

Phi Beta Iota:  Stewart Brand, founder of the Co-Evolution Quarterly and then Whole Earth Review, knew all this in the 1960’s and 1970’s.  Herman Daly, Paul Hawken and many others got it in the 1980’s.  What we are seeing here is a fascinating extension of the ignorance in place timeline.  It used to be that the “avant guard” was 20 years ahead of the mainstream.  Now we see them a half-century ahead o fthe mainstream.  What this really tells us is that the 1% have held off constructive change to the bitter end, and we are now about to see a clash of cultures–Epoch A top down because I said so versus Epoch B bottom up because it makes sense to all of us.  The US Government generally, and the US intelligence community specifically, have wasted a quarter-century of time–the one strategic variable that cannot be bought nor replaced–because of their refusal to abandon the secrecy paradigm for the openness paradigm.  Intelligence, not.  Integrity, not.  It’s called collective intelligence – integrity comes inside.

1957 Quincy Wright (US) Project for a World Intelligence Center