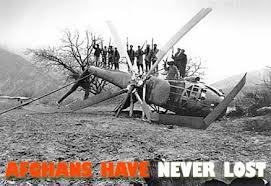 Afghanistan: US Defense Secretary Panetta had talks with Afghan President Hamid Karzai at the Pentagon on Thursday. Panetta told the media the two countries were “at the last chapter” in their effort to rebuild Afghanistan’s institutions and security. Panetta said, “We’ve come a long way towards a shared goal of establishing a nation that you and we can be proud of, one that never again becomes a safe haven for terrorism.”

Comment: Panetta was playing to the gallery… or the mainstream American media. The situation in Afghanistan is not so rosy that anyone should be proud or thumping his or her chest or doing a victory lap.

A NightWatch special analysis of the fighting in the month of November 2012 indicates Taliban or anti-government fighting units are present and occasionally active in 33 of 34 provinces of Afghanistan. The fire fights and roadside bombings occurred in 142 of just over 400 districts in Afghanistan.

The number and frequency of security incidents are very much lower than in 2011. So are casualties because most come from roadside bombs – IEDs. On the other hand, the anti-government fighters continue to demonstrate they are present in nearly every province.

Prior to 2011, the Taliban were trying to expand beyond the 12 or 13 provinces of the Pashtun south and east. During 2011 they succeeded in expanding into the north and west.

The Germans reported no combat casualties in Konduz Province in far northern Afghanistan in 2012. The Republic of Korea also reported no combat casualties for its forces in Parwan Province, north of Kabul, in 2012. Both transferred security to Afghan forces last year. The fighting data, on the other hand, indicate the Taliban were active in both provinces, but against the Afghan forces. Afghan Army casualties in 2012 were higher than for any prior year. Afghan police casualties remained high, as usual.

The data in 2012 shows the anti-government fighters remain a nationwide threat, even after the US surge. The reduced level of serious security incidents is ambiguous because the Taliban strategy has been to minimize direct fire fights, wait for the enemy to depart, and retake the land after the enemy leaves.

The most obvious inference is that the Taliban are facilitating the departure of the NATO and allied forces by avoiding direct fire fights, while showing they are not defeated. That and a more cautious program of NATO and Western military activity to minimize casualties in anticipation of departure account for an improvement in daily fighting.

The security situation is in transition and neither side is risking manpower, pending the departure of major Western and Allied combat forces in the next year.