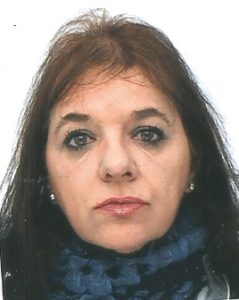 Psychotherapist and Criminologist and author on child sex abusers and child murderers. Frequent Expert Witness and profiler for ministries of justice across Europe. Founder of the International Center for Molested and Abducted/Adopted Children. Author of the book, Child Hunters: Requiem of a Childkiller (Xlibris, 2011). Member of the Academy of Behavioral Profiling. Multiple movies have been made on the basis of her work.

In my view, in the USA, the core duty we have is to:

Not only in the USA. It is no different in the rest of the world. Unfortunately.

The main problem with severe damaged victims is that they  often are unable to bring a coherent story. Their minds are so damaged that they only remember parts or very disturbing events. It is important to first interview such victims in ‘Free Recall’. This means the tell the story as it comes to mind. In the mean time you have to take notes of what you don’t understand or what screams for clarity. You don’t intervine during Free Recall. Once the victims stops talking, you can then continu a cognitive interview. This means you take your notes and start asking to clarify the things that are not clear. It is the most honest way and the most efficient way to search for the truth.
Many victims are aware that their story sounds confusing and as often happens, the listener classifies the testimony as a fantasy or blundly a lie. It is not, but the problem is that the victim will try to make the story coherent and fill in the gabs in the memory. This is because they want you to believe them. It is a normal reaction.

One has to be aware of this when questioning severe damaged victims.

02 validate the victim’s stories with care — distinguishing between fantasy and probabability. including external research

Absolutely! Most victims have a file, most a police file. But when those things are not investigated, it is hard to find proof isn’t it? I have the whole file of the Dutroux case (550.000 pages!) and the file of the witness willing to testify from whom I send one video from 20 years ago. Nothing has been done to find the truth although all the names and places are in it. I think it is important to collect a maximum of files (copies) when the victims have them and to classify them safely. As soon as we can, we should have a deep look at the elements that HAVE to be investigated by the police. And force them to their jobs. It is inadmittable that two members of parliament in Belgium said straight into the camera’s that the witness (Regina Louf) is a liar. (see video I send earlier).

Most will not refuse a polygraph test. But it is up to us to explain why it can be important to undergo a polygraph. It may in any way give the impression we don’t believe the victim.

Most have a file. For others, they can deliver elements to investigate. But who is going to do all this?

05 document the entire manner is an evidentiary fashion

Yes. And we can do this. It is not even difficult. But then again: who is going to do this and when?  I think it is important to take some interesting cases and lead ourselves the investigation. Once this is done, we can use those results to waken up the world and force the existing ‘systems’ to do their job. We need to control them, though.